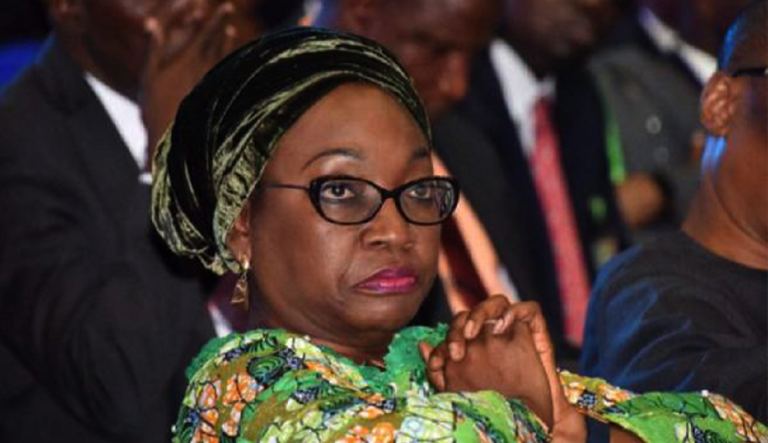 Again, the trial of the former Head of Service (HoS), Mrs Winifred Oyo-Ita, was on Wednesday stalled in a Federal High Court in Abuja.

The matter, which was number two on the cause list, could not go on due to the absence of the presiding judge, Taiwo Taiwo.

Our correspondent, reports that counsel to the Economic and Financial Crimes Commission (EFCC) and defence in the matter, were however, in court.

It was also observed that most of the courts in the high-rise building, except Court 10 where Justice Bolaji Olajuwon presides, did not sit.

The development, according to some court workers, could be attributed to the Sallah celebration.

Our correspondent reports that the trial on Feb. 28, also suffered a setback.
The case, listed for resumed hearing, was stalled as the matter was rescheduled for May 4 and May 5, by the judge.

Justice Taiwo hinged his reason on the premise that there were many cases before the court, especially election-related matters.

Besides, the court began sitting at about 1:00 p.m., after a visiting judge’s proceedings.

Our correspondent reports that Taiwo had on March 3, 2021, ordered an indefinite stay of proceedings in the trial due to the EFCC’s alleged misconduct.

The EFCC had, through an ex-parte motion, obtained a temporary freezing order from another court presided over by Justice Folashade Giwa-Ogunbanjo, against the defendants in the matter while the trial was ongoing before Justice Taiwo.

Unhappy with the development, Taiwo agreed with the defence to stay further proceedings until the EFCC purged itself of the contempt of court charge by withdrawing the account freezing application from the sister court.

The judge held that the action of the anti-graft agency was condemnable and amounted to “an abuse of court process, forum shopping, and contempt of court.”

“Hearing is stayed until prosecution purges itself of contempt,” Taiwo had ruled.

Also charged with Oyo-Ita is Ubong Effiok and his two companies – U & U Global Services Limited, and Prince Mega Logistics Limited.

They are being prosecuted on allegations bordering on corruption, fraud, obtaining estacodes and Duty Travel Allowance (DTA), for journeys either not undertaken or not in existence, amounting to about N570 million, among other charges.