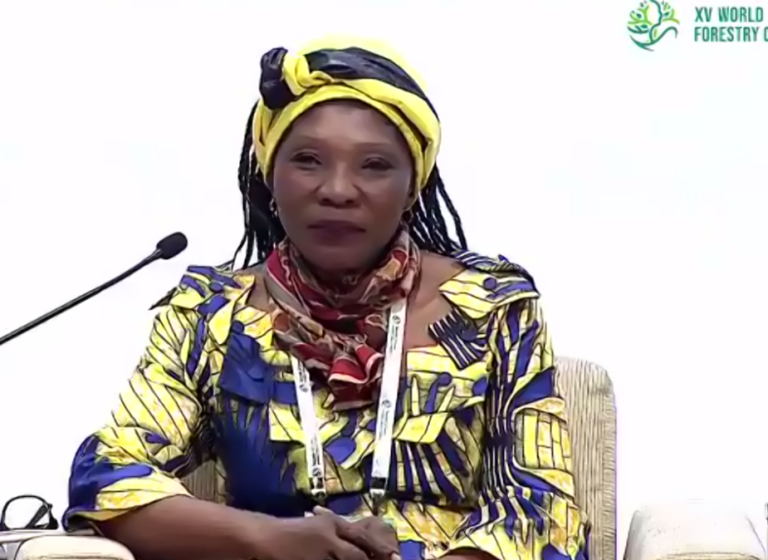 The Collaborative Partnership on Forests on Thursday announced a Cameroonian woman, Cecile Ndjabet, as the winner of the 2022 Wangari Maathai Forest Champions Award.

Our correspondent reports that the winner will receive a cash prize of $20,000 and is supported to attend the congress, alongside other international recognitions and prestige.

Announcing the winner at the ongoing World Forestry Congress (WFC) in Seoul, South Korea, Mr Eun-sik Park, Director-General, Korea Forest Service, said Ndjabet was recognised for her contributions to the consolidation, restoration and sustainable management of all types of forests at various levels in Cameroon and other countries within her network of operation.

Park said that the champion had built the concern to guard forest conservation work through structural approach, and within an institutional framework that allowed for capacity building, financial mobilisation and central government support.

“In 2009, she started African Women Network for community management of forest for the promotion of human rights for man and forests.

“She has extended the movement to include training of members of the country,” Park said in his announcement.

In her response, Ndjabet, who went emotional, applauded the organiser for the award, saying she was highly elated for emerging the winner out of the 59 people nominated for the prestigious global award.

According to her, when the movement started in 2009, nobody thought it could be sustained to the extent of winning award.

The 2022 forest champion recounted her encounter with Maagathai in 2009 when the late icon visited Cameroon, where she was encouraged to sensitise African women to plant trees for the inherent benefits.

Earlier in her opening address, Maria Helena, Deputy Director-General, Food and Agriculture Organisation (FAO) of the United Nations, said the award was named after Maathai, a former Member of Parliament of Kenya renowned for being the first African woman to win Nobel Peace Prize after planting 50 million trees in 10 years.

Helena also doubles as the Chairman of the Collaborative Partnership on Forest.