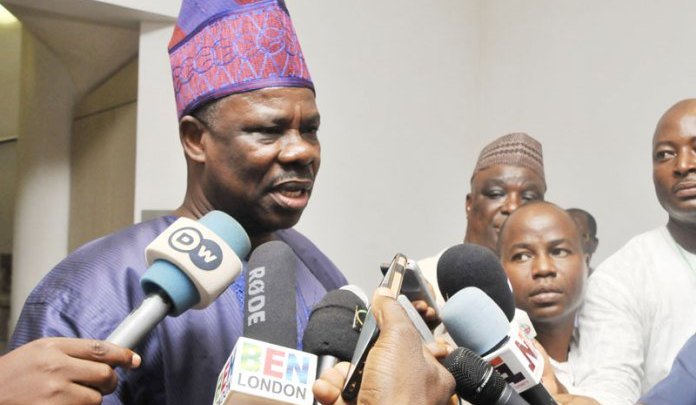 He made the declaration in Abuja to contest for the presidential ticket of the All Progressives Congress (APC).

“I am formally announcing my candidacy for the presidential ticket of our great party, the APC and the presidency of the Federal Republic of Nigeria.

“I do so conscious of the immensity of the tasks that lie ahead in our country and the magnitude of the sacrifices that anybody who wishes to lead our country into the next phase must make,” he said.

He promised to consolidate on the achievements of President Muhammadu Buhari in the area of security.

“To do this, I will prioritise human security as the fundamental principle and ultimate goal of national security.

“Putting human security at the forefront and as the direct principle of state policy, would imply that the two dominant goals of my leadership would be national security and economic development,” he said.

He added that he had spent the past few months talking to professionals on the security challenges in Nigeria and how they could be better managed.

“The country’s security challenges have several aspects. There are external and internal dimensions.

“Externally, a significant part of our national security challenges are the consequences of the war, conflicts and terrorism in the Middle East, North Africa and the Sahel region.

“Hence, under my leadership, we will conduct a compressive audit of our security problems and the existing infrastructure for responding to them,” he said.

He further said he would forge a new model of complementing security management among the federal, state and local governments to ensure better protection of lives and property of the people.

“We will work with regional, continental and global organisations toward addressing these problems and closing the gaps by reframing the country’s security architecture,” he said.

Amosun further said the 2023 elections would provide opportunity to renew “our faith as a people, capable of transforming our land into what truly should be a land of plenty.

“I have no doubt that we will come together again to rebuild the country and confront our common challenges as a people,” he said.

In a goodwill message, Senate Leader, Yahaya Abdullahi, described Amosun as one of the pillars of the 9th Senate.

“We always count on him to stabilise the Senate. Nigeria will be saved in his hands,” he said.

Also, governor of Ekiti State, Kayode Fayemi, said the aspirant was a frank and forthright person.

“We have gone a long way with Amosun. He has been there for me and he is genuinely committed to improving the lot of the people,” he said.

2023: INEC advises political parties to adhere to timelines for primaries