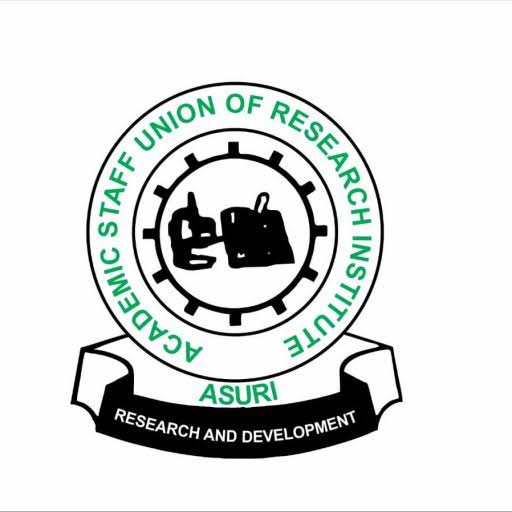 The Academic Staff Union of Research Institutions (ASURI) has suspended its indefinite strike over unresolved issues with the Federal Government.

Mr Theophilus Ndubuaku, the Secretary General of the union, said this in a letter addressed to the Minister of Labour and Employment, Dr Chris Ngige.

The letter was made available to newsmen on Thursday in Abuja by Patience Onuobia, the Acting Head, Press and Public Relations in the Ministry of Labour and Employment.

According to the Ndubuaku, the suspension of the strike takes immediate effect.

”The Academic Staff Union of Research Institutions (ASURI), hereby writes to inform you of our decision to suspend, with immediate effect, our ongoing strike called to protest the following issues:

“Refusal of the supervising ministries, departments and agencies (MDAs) to implement the Conditions of Service (CoS) of Federal Research Agencies, Institutions and Colleges (CoS 19) as approved by the Head of Civil Service of the Federation (HCSF) with effect from January 1, 2019.

“Refusal by the relevant agencies to facilitate the increase in the retirement age of staff in Research Institutions to 65 years for non-academic staff and 70 years for academic staff as obtains in the Nigerian universities.

“The serial sabotage by government functionaries in the establishment of the National Research and Innovation Council (NRIC).”

He further stated that the union reviewed the efforts of the Federal Ministry of Labour and Employment and other Federal Government agencies to resolve the issues in dispute.

He also noted that the progress made so far, included the appointment of two sub-committees on Retirement and payment of 53.7 CONRAISS arrears.

Ndubuaku also noted that the committees have submitted their reports, which were awaiting ratification by the larger negotiating team, incorporating stakeholders, as the office of the Head of Service of the Federation (OHCSF), National Salaries, Wages and Incomes Commission (NSIWC).

He said others are all the relevant ministries supervising Research and Development Institutes (RDIs), as well Department of State Services (DSS).

He also said others are the directive of the Federal Ministry of Science and Technology and Innovation to the Chief Executives of Research and Development Institutes (RDIs) to commence the implementation of the Conditions of Service 2019 (CoS 2019).

”The evidence of its implementation by the Federal Government, the letter of the Minister of Labour and Employment to the Minister of Finance, Budget and National Planning on the need to make the payment of CONRAISS arrears a priority and the progress made in the establishment of NRIC.”

He therefore appreciated the understanding role of the the Ministry of Labour and Employment, especially the minister (Ngige), in apprehending the strike and convening all stakeholders to a roundtable.

He expressed the hope that the Federal Government would not only resume the negotiation very promptly but also honour and implement the agreement reached.

FG to take over management of University of Medical Sciences Uburu, Ebonyi – Buhari