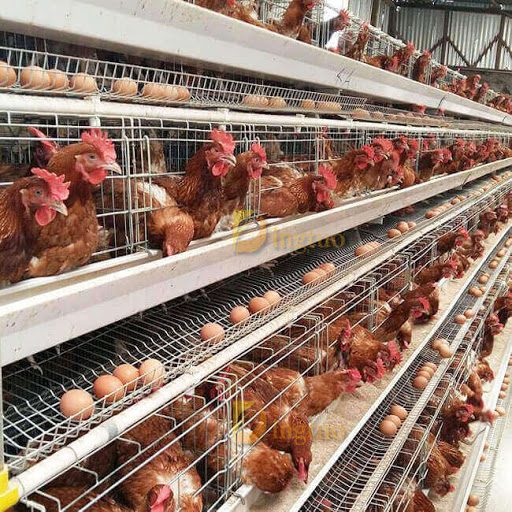 A poultry farming expert, Mr Joel Oduware, has blamed local grain exports for the continuous hike in the price of poultry produce.

Oduware, a poultry farming consultant, said this in an interview with the our correspondent on Friday in Lagos.

The expert said the price of poultry produce would continue on the high side as long as grains were expensive and inaccessible to poultry farmers for feed production.

He said the rise in the price of grains which constituted 75 per cent of bird feed composition was the major cost for continuous hike in poultry produce price.

“To make poultry produce more affordable for the average person is to address the increase in the price of feeds and day-old chicks.

“The cost of feeds is rising everyday with this constant hike in input, poultry produce price will also be increasing.

“We are having astronomical rise in the prices of poultry produce input especially feeds but the government fails to understand this,” the expert told our correspondent.

Oduware said the Anchor Borrowers’ Scheme which would have made access and price of grains more affordable for poultry farmers was being sabotaged by exports to neighbouring countries.

He said the scheme had encouraged the production of more grains but the bulk of this grains go across the border to neighbouring countries.

“Maize and Soya constitute 75 per cent of the raw materials needed for feed production. Once the prices are high, it will most definitely affect the price of feed and subsequently poultry produce.

“Our grains go as far as Mauritania, Djibouti, Sahel region, Burkina Faso and Mali, among others while we lack enough grains for feed meal in the poultry sector.

“We are just feeding other nations due to the global food crisis and leave our people at the mercy of food inflation.

“For example, the World Food Programme comes to our country to mop up grains for drought-ridden countries when we do not have enough.

“The policy of the Anchor Borrowers’ Scheme is that there should be off-takers that take up the grains produced under the scheme.

“We know we have challenges linking up off-takers to the end users because the grains are mainly grown in the North and most of the end users are in the South,” Oduware said.

He also called for the resuscitation of the National Food Reserve Agency to reduce the export and hoarding of grains.

“If getting off-takers is difficult, the National Food Reserve Agency, should mop up these grains to ease access to feedmeal for the poultry sector and other sectors.

“The food reserve agency has been dormant, that is why, we have grain scarcity but merchants which result in the continuous increase in poultry produce among others.

“We must address the key market issues if the grain value chain as well as the presence of off-takers to ensure sanity in the poultry sector.

“We should put an end to the mopping up of our grains to other countries when we do not even have enough for local poultry sector as well as other industrial end users.

“If we want the cost of grains to fall and subsequently fall in poultry produce we should keep our grains within the country,” he said.

Naira weakens against dollar, exchanges at 419