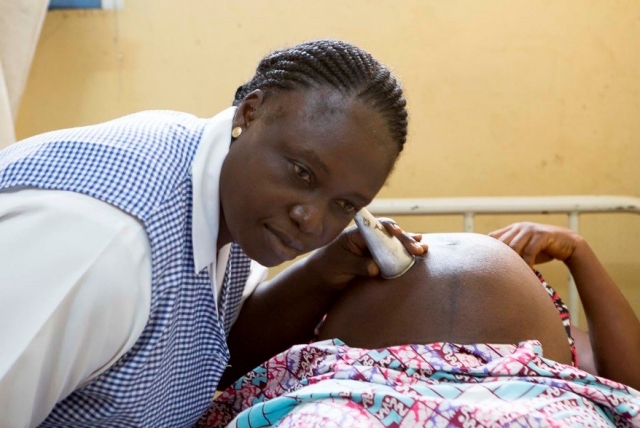 The World Health Organisation (WHO) says that shortage of midwives will trigger an increase of one million by 2030 with serious implications for the attainment of Sustainable Development Goals.

Dr Matshidiso Moeti, World Health Organsation (WHO) Regional Director for Africa, said this in a message to mark the International Day of the Midwife 2022 which is celebrated every May 5.

She said the shortage would make a serious implication for the Sustainable Development Goals (SDGs) target of reducing the global maternal mortality ratio to less than 70 per 100,000 deaths before 2030.

According to her, if current trends persist, only 300,000 midwifery jobs are likely to be created in low-income countries.

She said that the day provided the opportunity to appreciate the efforts of the midwives for their services to mothers and newborns.

According to her, the year 2022 marks 100 years of the establishment of the International Confederation of Midwives (ICM).

Moeti said according to the 2021 State of the World’s Midwifery report by the WHO, the ICM and the United Nations Population Fund (UNFPA), the global shortage of midwives stood at 900,000.

“This is particularly acute in Africa, with estimates that 75 per cent of essential needs for maternal and reproductive health care are met by midwives.

“It is concerning that the comparative figure for the WHO African Region is only 41 per cent,” she said.

Moeti said that midwives were central to the prevention of maternal and newborn deaths and stillbirths.

She said that with adequate investment in midwifery, 4.3 million lives could be saved annually by 2035 which has particular relevance for the WHO African Region.

She said if not addressed, it would record about 196,000 maternal deaths each year along with the deaths of one million babies younger than one month.

Moeti said that midwives had been strengthening Primary Health Care for decades, acting as a critical link between women and the health system, and making pregnancy and childbirth safer and more secure.

She said that the contributions made by midwives towards achieving the SDGs and Universal Health Coverage could not be overestimated because they strengthened Primary Health Care for decades.

She said the midwives “act as a critical link between women and the health system, and making pregnancy and childbirth safer and more secure”.

According to her, the African region’s tragic record of maternal and infant deaths demands urgent interventions to expand the coverage of emergency obstetric and newborn service.

“WHO in the African Region, was working closely with member states to improve the quality of maternal and reproductive care.

“The organization has continued to support the development and implementation of national strategies to accelerate the reduction of preventable maternal and newborn illness, death, and to improve every mother’s experience of care by 2030,” she said.

She called on governments and partners to substantially increase investment in the education, recruitment, deployment, retention and protection of midwives as an essential aspect of countries’ responsibilities.

“African countries are to be capacitated to increase coverage and quality of maternal services, while still responding effectively to health emergencies.

“WHO advocates for the adoption of policies to combat sexual harassment and promote a safe and respectful work environment for midwives and other health workers,” she said.