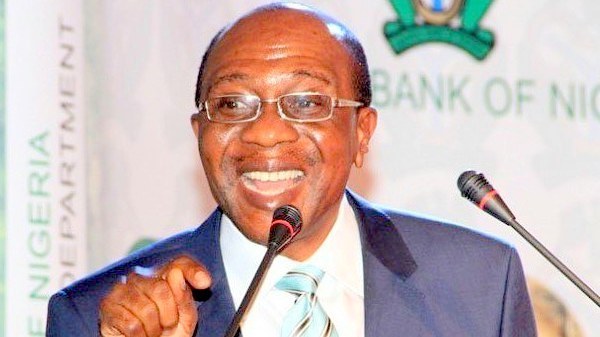 A Federal High Court, Abuja, on Thursday, ordered the Peoples Democratic Party (PDP) and two others to be joined in a suit filed by the Governor of Central Bank of Nigeria (CBN), Godwin Emefiele, over his presidential ambition.

Justice Ahmed Mohammed gave the order after the PDP and two other lawyers, for themselves and on behalf of members of Save Nigeria, Our Fatherland, moved their motions to the effect.

Our correspondent reports that Emefiele, through his lawyer, had, on Monday, approached the court with an ex-parte motion, seeking the court’s interpretation as to whether he could run for the 2023 presidential primary while he holds as governor of CBN.

He had sought an order of the court, restraining the Federal Government from removing him from office over his presidential ambition, pending the hearing and determination of the substantive matter.

He also prayed the court to stop the INEC from taking any action against him in the bid to contest in the presidential primary by virtue of his office.

The CBN governor made the prayers in an ex-parte motion dated and filed on May 9 by Chief Mike Ozekhome, SAN, seeking an order of maintenance of status quo ante bellum pending the hearing and determination of the substantive suit.

Emefiele, in the suit, sued the Independent National Electoral Commission (INEC) and the Attorney-General of the Federation (AGF) as 1st and 2nd defendants respectively
But Justice Mohammed did not grant the motion.

Rather, he adjourned the matter until today and directed the INEC and AGF to appear by noon to show cause why Emefiele’s prayers should not be granted.

When the matter was called, counsel for the PDP, Sebastian Hon, SAN, informed the court of his motion dated May 10 and filed on May 11, seeking for an order of the court joining his client in the case.

John Aikpokpo-Martins and Olakunle Edun for themselves and on behalf of members of Save Nigeria, Our Fatherland, said that they have a motion dated and filed on May 11, seeking the order for joinder.

After lawyers to the parties did not oppose the applications, including counsel for the AGF, Oladipo Opeseyi, SAN at the initial time, the court gave Hon and Aikpokpo-Martins the go-ahead to move their motions.

However, shortly after the two lawyers moved their motions, Opeseyi objected to the applications on the grounds that he was just served with the processes today.

The senior lawyer argued that the duo did not apply for the leave of the court to move the motion, saying that he had seven days to respond to the motion based on Order 26, Rule 4 of the court.

“Having not done that, moving the motion is moving an incompetent motion,” he said.

He said they had to apply for special leave of dispensation to move “a motion that is not ripe for hearing in accordance with Order 26 Rule 4 of this honourable court.”

Responding, Hon, relying on points of law with respect to Order 26, Rule 4 cited by Opeseyi, urged the court to take judicial notice of the proceeding for the day.

He argued that while the plaintiff and INEC did not object to his request to move the motion, Opeseyi only made a mere observation before the court gave the leave to move it.

“Observations are not known to the procedures of this court. Observation amounts to waiver,” he said, citing a previous case to back his argument.

On the competency of the motion, he said that a motion that was competently filed and granted to be moved by the court could not have been described as incompetent.

“If your lordship now turns around to grant his (Opeseyi’s) prayer, that will be an attempt to make caricature of the proceeding,” he said.

According to him, counsel cannot approbate and reprobate; it is not permissible for counsel to blow hot and cold at the same time.

Hon said that since Opeseyi did not oppose the motion before it was moved, “he has waived that intention to oppose it.”

Corroborating Hon’s statement, Aikpokpo-Martins aligned himself with the argument.

The lawyer said that Opeseyi had no right to oppose the motions having not do so at the initial time and having not filed a counter affidavit.

He also said that the AGF counsel cannot at this stage ask for an adjournment to enable him file a counter affidavit.

Ruling, Justice Mohammed agreed with the parties seeking to be joined that Opeseyi was in court when the motions were moved and did not indicate his intention to oppose the applications.

“To me, it shows that the learned silk has waives his right to oppose the motion.

“It is therefore the opinion of the court that he has waived his right to file a counter against moving the motion,” he said.

He held that the two motions had been granted having been moved by the parties seeking to be joined.

“The PDP is hereby joined as 3rd defendant and John Aikpokpo-Martins and Olakunle Edun for themselves and on behalf of members of Save Nigeria, Our Fatherland, are joined as 4th and 5th defendants,” he said.

Mohammed gave Emefiele 24 hours to amend his originating summons to include the names of the parties seeking to be joined.

Ozekhome, however, prayed the court for an abridgment of time because of the urgency of the matter and the window of the opportunity for holding of the primaries at the convention of the PDP slated for May 28 and May 29 and that of the APC slated for May 30 and June 1.

The application was not opposed to by counsel for the parties.

Juatice Mohammed adjourned the matter until May 23 for adoption of the final written addresses of the parties.