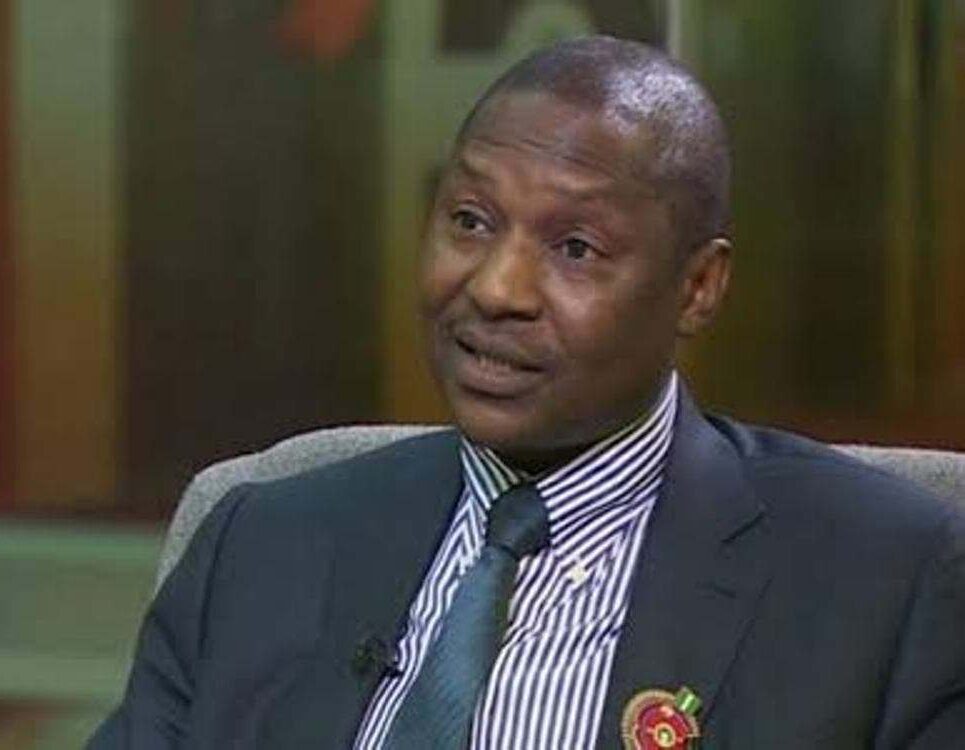 The Attorney-General of the Federation (AGF), Abubakar Malami, SAN, on Thursday, opposed the prayer by Peoples Democratic Party (PDP) to join a suit filed by the Governor of Central Bank of Nigeria (CBN), Godwin Emefiele, over his presidential ambition.

The AGF also opposed a motion seeking to join two lawyers; John Aikpokpo-Martins and Olakunle Edun on behalf of themselves and the Save Nigeria Our Fatherland, a group, before Justice Ahmed Mohammed of a Federal High Court, Abuja.

Although counsel for Emefiele, Chief Mike Ozekhome, SAN, and lawyer to the Independent National Electoral Commission (INEC), T.M. Inuwa, SAN, did not oppose the two applications, counsel for the AGF, Oladipe Opeseyi, SAN, objected to the move.

After an argument that lasted for about two hours, Justice Mohammed stood down the matter for ruling.

It was reported that Emefiele, through his lawyer, had, on Monday, approached the court with an ex-parte motion, seeking the court’s interpretation as to whether he could run for the 2023 presidential primary while he holds as governor of CBN.

He had sought an order of the court, restraining the Federal Government from removing him from office over his presidential ambition, pending the hearing and determination of the substantive matter.

He also prayed the court to stop the INEC from taking any action against him in the bid to contest in the presidential primary by virtue of his office.

The CBN governor made the prayers in an ex-parte motion dated and filed on May 9 by Ozekhome, seeking an order of maintenance of status quo ante bellum pending the hearing and determination of the substantive suit.

But in his ruling, Justice Mohammed did not grant the motion.

Rather, he adjourned the matter until May 12 (today) for ruling.

The judge then made an order directing the INEC and AGF to appear today by noon why Emefiele’s prayers should not be granted.

He ordered that all the applications, including the ex-parte, filed in the course of the matter be served on all the defendants.

He also directed that hearing notices be issued to the defendants to appear on the said date to show cause why the prayers should not be granted.

As at the time of filing this report, the judge is yet to deliver the ruling on whether the PDP and the group should be joined in the suit.