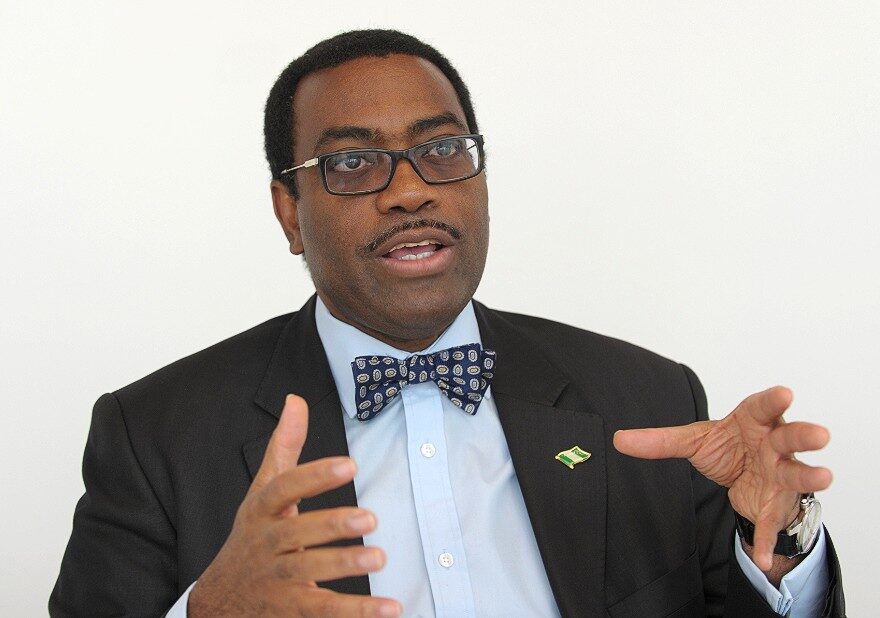 A group, Triple A Campaign Organisation (TACO), has faulted report alleging that Dr Akinwunmi Adesina, has been in Nigeria lobbying for his presidential ambition.

TACO said this in a statement by the spokesperson for the group Mr Yusuf Omar Yusuf in Abuja on Monday.

Yusuf said that the group’s attention has been drawn to a media report indicating that Adesina, the President of the African Development Bank (AfDB) and one the APC presidential aspirants has intensified lobby for the party’s ticket.

He described the report as untrue and misleading, saying that the report which quoted an anonymous source, said that Adesina’s car was sighted at the entrance of Mamman Daura’s house.

He said the report also claimed that Adesina has reached out to close relatives of President Muhammadu Buhari to see if the president could be convinced to support him as his successor in 2023.

Yusuf said that information about the movements of Adesina in the last few days were there for the public to scrutinise.

“From March 5, Adesina traveled to Durham to receive an honorary degree and was in Ethiopia in the last few days again to receive another award from the University of Ethiopia.

“The media account of last week about Adesina is patently false and fabricated as he was not in Nigeria. The world knows his movements which are public domain.

“Last week, it was widely reported in the news that Adesina was actually in Accra meeting with the President of Ghana, Nana Akuffo-Ado and the Minister of Finance of Ghana, ahead of the Bank’s Annual Meetings in Accra.

“Adesina was in Accra visiting the sites of the Annual Meetings of the AfDB, visiting Bank projects in Ghana,” he said.

Yusuf added: “It was also reported that Adesina later went to Addis Ababa, Ethiopia where he received a honorary doctorate from Addis Ababa University.

“Adesina is a very busy man, who is focused on his work. We are the one persuading him to run because we believe in his capacity to proffer solutions to the myriad of challenges facing Nigeria.”

He advised individuals who were scared of achievements of Adesina across the globe to join the train to get him elected as president of Nigeria.

Yusuf said that the group believed that Adesina, having demonstrated his capacity when he was Nigeria’s Minister of Agriculture and currently president of AfDB, has what it took to fix Nigeria, if given the opportunity.

“We believe 2023 is not another time for trial and error, it is time for Nigerians to go for a man who has a global recognition based on his intellectual capacity.”

Yusuf urged the media to be weary of individuals who may be giving out false information for personal interests or political gains, ahead of the 2023 general elections.

He also advised Nigerians who believed in the capability of Adesina to continue to intensify their consultations in ensuring that he emerged as APC presidential flag bearer and ultimately, Nigeria’s president in 2023.

2023: My experience under Buhari places me ahead of others – Osinbajo