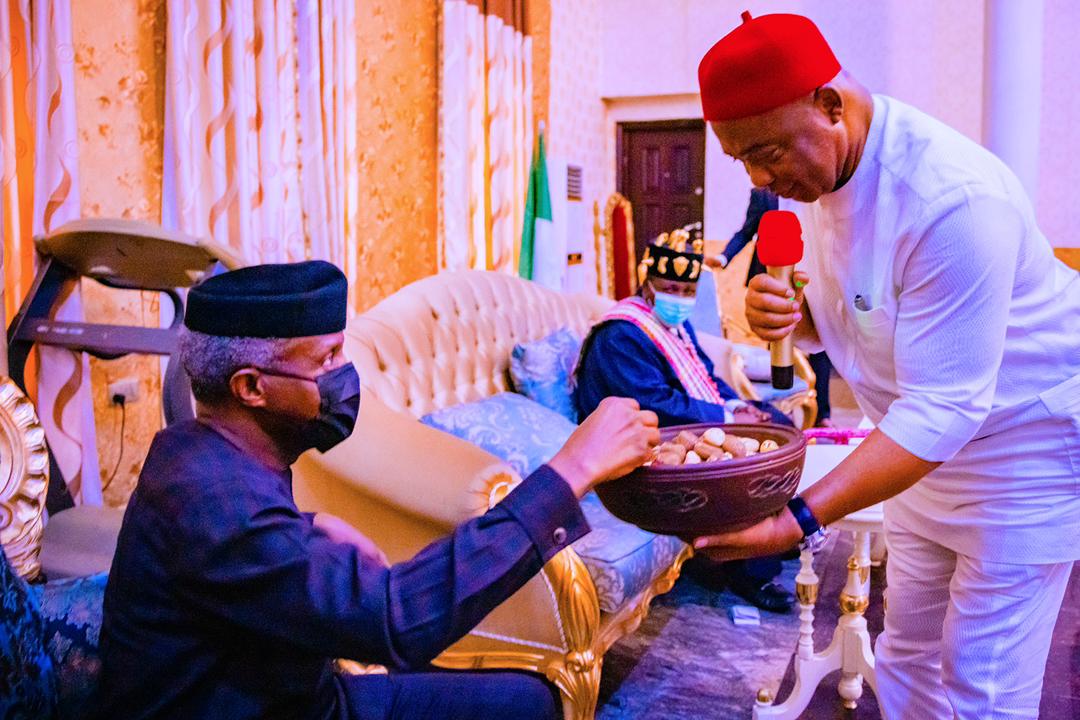 Vice President Yemi Osinbajo on Friday met with delegates of the All Progressives Congress (APC) in Imo behind closed doors, as part of consultations for his 2023 presidential bid.

In an interview with newsmen in Owerri shortly after the meeting, the vice president said the 2023 general elections was crucial to the future of the country.

The vice president said he had a fruitful deliberation with the delegates on some critical issues that concerned the economy and the future of the country.

“We have had a very engaging time with delegates from Imo state.

“We talked about a wide range of issues from economy to security to education, and what we need to do as well as some of the current challenges and how we need to deal with some of these challenges.

“As you know, there’s a lot that needs to be done in the areas of economy and security. And a lot has been done which I can’t go into details,” he said.

It was reported that the vice president was earlier received by Gov. Hope Uzodimma at the Sam Mbakwe International Cargo Airport.

Speaking on the APC primaries slated for May 26, an aspirant vying for the Okigwe South Federal Constituency seat, Mrs Chiwendu Amba Edomobi, expressed confidence that the party would conduct credible primaries in the state.

“We will work with whoever emerges as our party’s flag bearer because the most important thing in this election is the electorate.

“The aim is to ensure that they benefit from the government and dividend of democracy,” Edomobi said in an interview.