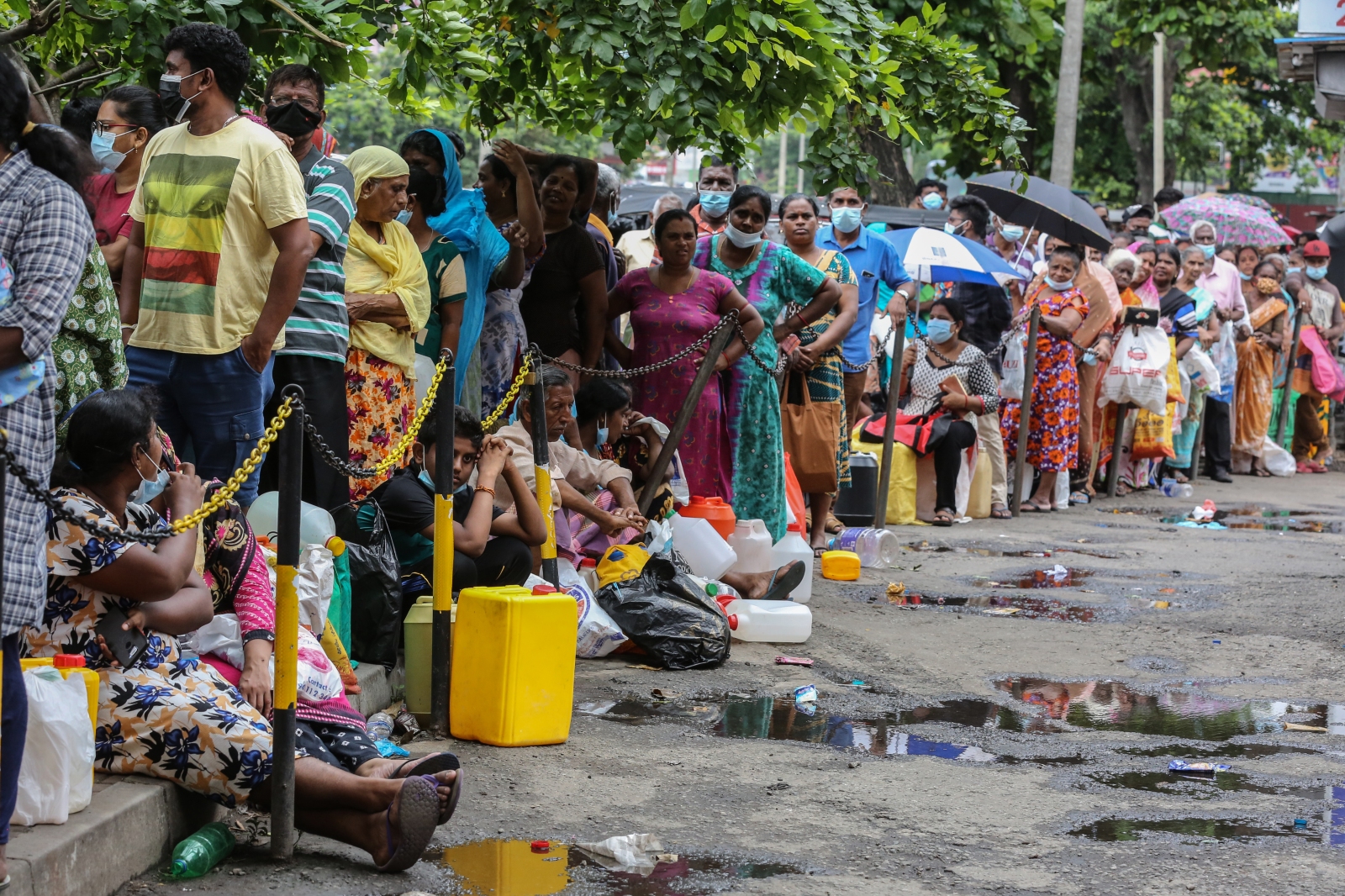 Sri Lanka’s commercial capital, Colombo, on Friday was burdened with thousands of people queuing for cooking gas and petrol.

Prime Minister, Ranil Wickremesinghe, had earlier warned of a food shortage as the island nation battled a devastating economic crisis.

Lines formed in many parts of Colombo, a city of around 900,000 people, as residents tried to stock up on fuel, which was mostly imported and was in extremely short supply with the government running out of foreign exchange.

Mohammad Shazly, a part-time chauffeur, said he had been on the queue to get cooking gas for the third day.

He said, “only about 200 cylinders were delivered, even though there were about 500 people.”

Hundreds of others were in line, with empty cylinders by their side.

Shazly said, “without gas, without kerosene oil, we can’t do anything. Last option what? Without food we are going to die. That will happen hundred per cent.”

Wickremesinghe, had, however, vowed to buy enough fertiliser for the next planting season to boost productivity and meet the food demand of its 22 million population.

The government has, however, reversed the ban; no substantial imports have yet taken place.

“While there may not be time to obtain fertiliser for this Yala (May-August) season, steps are being taken to ensure adequate stocks for the Maha (September-March) season.

“I sincerely urge everyone to accept the gravity of the situation,” the prime minister said in a message on Twitter late on Thursday.

Japan, which has long-standing economic ties with the island, said it would provide an emergency grant of three million dollars for medicine and food.

The government has also called for tenders to procure 120 million dollars worth of cooking gas under a larger one billion credit line from India.

However, prices have surged for cooking gas as well as food and other essentials.