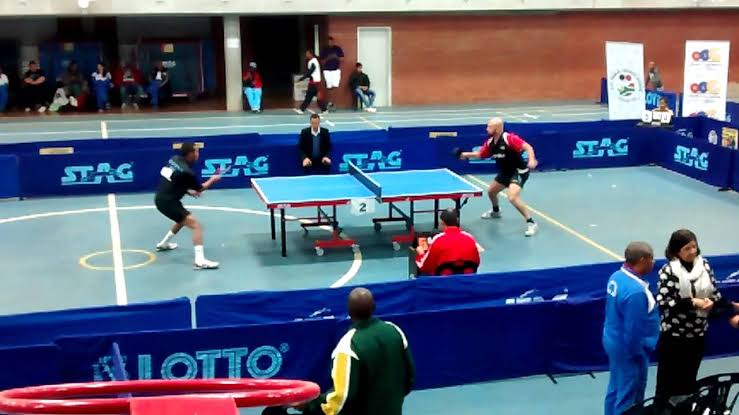 The regional qualifications that served off on Thursday, is being hosted at the Molade Okoya Thomas Hall, Teslim Balogun Stadium, Surulere.

However, at the end of the prelimilinary of the event for male and female singles, Nigeria has number two (2) ranked table tennis Omeh Amadi, Etim Orok, and Rilwan Akanbi all qualifying for the quarter-finals of the male singles.

Nigeria’s Odusanya told our correspondent that the she had adequately prepared for the competition, adding that she would give all her all not only to qualify but win the tournament.

“I am well prepared ahead of this tournament; I don’t want to give any room for upset. I will ensure that I qualify and win the tournament as well.

“I cannot underestimate any opponent at this stage because we are all potential winners, but with God on my side, I will carry the day,” she said.

Odusanya’s compatriot, Fashola noted that with the way the qualifications were going, there were chances that the Nigerian players would have to meet, hence everyone had a chance.

“With the present situation, we are sure to meet ourselves at the knockout stage, at the quarter-finals, semi-finals and finals.

“I am ready for my counterparts, like Odusanya, Ojomu and others. We have played among ourselves and we know ourselves very well. I will do my own part of the training and expect a good show,” she told our correspondent.

For Amadi, his target was to be the winner of the male singles.

“I want to better my performance in the last event last year when I lost out in the Semi-finals. This time I want to win the competition,” he said.