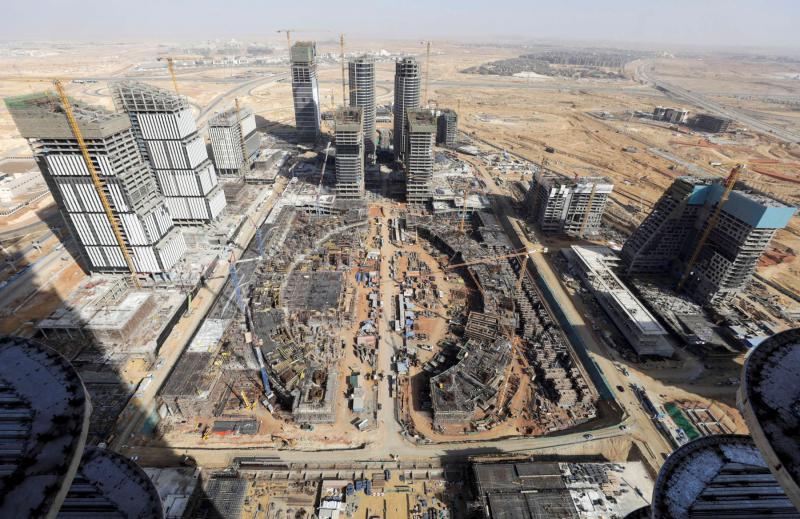 Egypt has opened business activities in its landmark “Smart City” – the largest of its type in the Arab world, our correspondent reports.

Officials of the Egyptian Agency of Partnership for Development (EAPD) led 27 visiting journalists from sub-Saharan Africa on a guided tour of the expansive estate on Tuesday.

Translated as “Smart Village” in Egypt’s official Arabic language, the estate is home to 180 companies and it sits on one million metres of land.

No fewer than 800,000 people work in various companies in the Smart Village,” records show.

The village is located at Al Ziza Desert in the Giza Governorate of the Egyptian capital, Cairo.

According to the Marketing Manager of the facility, Mrs Piney Mohammed, the building of the smart village commenced 29 years ago, to serve a special purpose for the North African country.

She said that the city was designed to be the hub of big businesses in Egypt and other neighbouring countries in the Arab world, especially those in North Africa.

A Cyber-security expert working at the institute, Dr Mohammed Ali, led the visiting journalists on a guided tour of the institute.

He said that the ITI had been offering yearly scholarships to Egyptians and citizens of neighbouring countries in North Africa, to bridge the gap between industry and the academia.

Ali said that up to 85 per cent of graduates of the institute usually got jobs before graduating from the institute.

According to him, the institute offers 40 specialised courses in data management, geographic information system, block chain, data science and other related courses.

He said that about 3,000 postgraduate and 3,000 undergraduate scholarships were awarded to Egyptians every year at the institute through “a very competitive process.

“This institute is something good for every country in sub-Saharan Africa to establish. It will their peoples to embrace ICT,” he said.

With a booming economy and stable governance, Egypt has embarked on new town projects and urban renewal to sustain the country as a showpiece and “Cradle of Civilization”.

Egypt is classified as one of Africa’s oldest countries and it has been in existence since around 3100 BC, according to historians.

The country, which is currently Africa’s biggest economy became an independent nation on Feb. 28, 1922.

UN: 76 missing after migrant boat sinks off coast of Tunisia