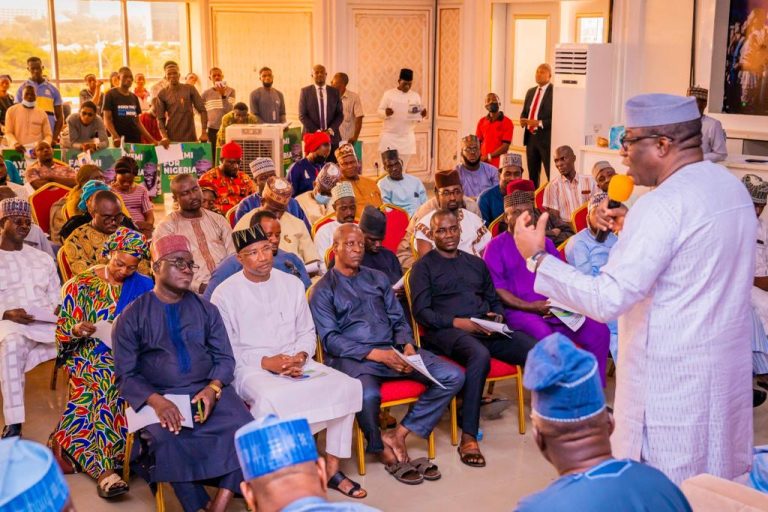 Gov. Kayode Fayemi of Ekiti State has promised to ensure that the original inhabitants of the Federal Capital Territory (FCT) are properly compensated, if elected as the country’s next president in 2023.

Fayemi, who is contesting the 2023 presidential election on the All Progressives Congress (APC) platform, said this on Tuesday in Abuja while addressing some APC leaders and its expanded delegates in the FCT.

He decried the lack of adequate representation and compensation for the Gbagyi people in the FCT.

He said that he would give the original inhabitants of the FCT a pride of place in the scheme of things, if elected as the country’s next president.

Fayemi said that he would build on the security architecture in the FCT to address growing insecurity in the territory if elected.

“If elected, my government will address the imbalance and revert to the original number of local government areas which gave indigenes effective representation.

“We shall also build on the gains of the security architecture put in place by the President Muhammadu Buhari’s administration.

“We appreciate how far we have gone, but we shall address the gaps noticed, introduce intelligence, technology and retool the armed forces.

“I will bring to bear my expertise in security consultancy round the world by bringing innovations that will ensure that the FCT becomes a fortress and the safest place to live, work and do business,” he said.

Fayemi said he was offering himself as a servant leader and would work for the people, while ensuring fairness, justice and equity to all.

He said that he would be courageous to heal the wounds of years of division by offering inclusiveness and giving everyone a sense of belonging.

“I will end banditry and all pockets of disagreements in the country.

“The Owerri man must find home in Damaturu.

“This is the Nigeria I want to fight for and I’m confident it is achievable,” Fayemi pledged.

PWDs set to sue INEC if excluded from electoral process