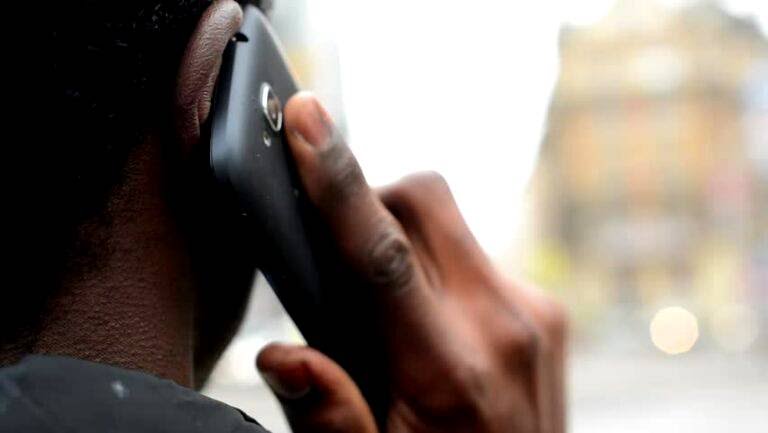 A cross section of Nigerians have reacted against a new Federal Government directive to impose tax on telephone calls, according to a survey conducted by our correspondent.

The Nigerian government has proposed a new tax on phone calls in its efforts to meet the needs of citizens considered to be most vulnerable to health challenges.

This comes in addition to moves by telecommunication companies to increase the cost of their services as a result of the harsh economic realities.

The telecom tax is the equivalent of a minimum of one kobo per second for phone calls to boost the funds required to finance free healthcare for the vulnerable group in Nigeria.

It is contained in the National Health Insurance Authority Bill 2021, signed by President Muhammadu Buhari recently.

The act includes a provision under Section 26, subsection 1c, which states that the source of money for the Vulnerable Group Fund includes telecommunications tax, not less than one kobo per second of GSM calls.

The Fiscal Policy Partner and Africa Tax Leader at PricewaterhouseCoopers, Taiwo Oyedele, said, “S.26 of this new law imposes a telecommunications tax of not less than 1 kobo per second on GSM calls. With call rates at about 11 kobo per second, this translates to a nine per cent tax on GSM calls.”

According to the act, the Vulnerable Group Fund is money budgeted to pay for the health insurance of vulnerable persons in a bid to subsidise the cost of provision of healthcare services to vulnerable people in the country.

For funding, the act provides several options such as basic healthcare provision fund to the authority; health insurance levy; telecommunications tax, and not less than one kobo per second of GSM calls.

Prof. Oyewale Tomori, professor of virology and former vice-chancellor of the Redeemer’s University, Ede, Nigeria, said on the surface it looks good, “but this would as usual end another sweet icing on a rotten cake”, as a result of poor implementation, lack of transparency and misuse of the proceeds from the taxation.

“If Nigerians must be taxed for talking, we must ensure that the talker benefits from putting his or her money where the mouth is.

“What have we achieved with taxation on tobacco and sugar-drenched beverages. The more we tax, the more lax our health system becomes. It is not the taxation that is the matter, but ensuring that the proceed of the tax is used for the purpose intended for,” he explained.

According to Tomori, “the conduit pipes of greed and wastage are already opening up to siphon and drain the proceeds from the tax into their leaking and bottomless pockets.

“Perhaps when next the government taxes the air we breathe, better health may be assured and insured for the ordinary citizen,” he said.

Magashi said, therefore, that there is a need for an operational guideline to be developed on how the money would be mobilised in collaboration with the telecommunications industry and the Federal Inland Revenue Services (FIRS).

He said that the tax would enable Nigeria to maintain essential health services to address concurrent health needs, particularly the needs and service delivery gaps targeting the most vulnerable populations.

“There are noticeable gaps in the country, particularly concerning maternal, infant and child health, as well as prevention and treatment of other infectious diseases such as tuberculosis, malaria, HIV/AIDS, and non-communicable diseases,” he said.

He advised that a prudent and transparent mechanism should be developed to also ensure accountability and citizens participation on how the funds would be utilised.

“If you add a kobo on calls to the amount of money people spend on data monthly, and one can sees the health services, access and benefits, then the taxation if justified,” he said.

Dr Abigail Banji suggested that the Federal government should also consider the need for long-term investment and build upon the lessons from COVID-19 pandemic.

“This observation brings to the fore once again, the imperative of Universal Health Coverage (UHC). Up to now, the UHC effort has largely focused on ensuring that medical care is accessible and affordable.

“Like every laudable initiative, there is always an existent funding gap and the need for more resources to make health services more accessible and affordable to every Nigerian,” she said.

The expert said that taxation on tobacco, alcohol and sugar-sweetened beverages is an effective but underused policy.

She suggested that such policy could be effectively deployed in funding disease prevention and health promotion, and could also help mobilise additional government revenue to fund investments and programmes that benefit the entire citizens and enhance equity.

Mrs Veronica Musa, a retired Principal, disagreed with government plans and alleged that the proposed plan would not get to the most vulnerable in the country.

Musa advised the government to put a policy in place that would evaluate the data for well-designed programmes intended for the vulnerable, especially the elderly.

“The policy will look at the age criteria for beneficiaries of social intervention programmes meant for the vulnerable and the elderly, so that government will not keep collecting from them,” she advised.