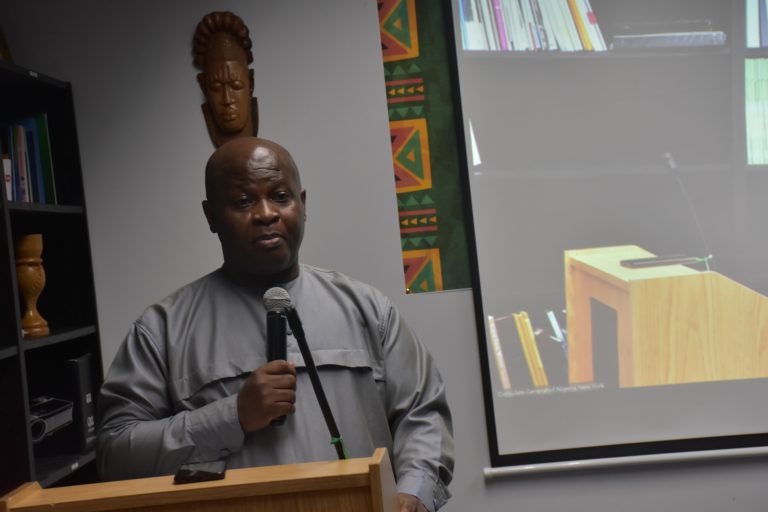 The Consulate-General of Nigeria in New York has started installing machines to produce passport with 10 years validity to its nationals.

The Consul-General, Amb. Lot Egopija announced this at the virtual 5th Town Hall Meeting with the Nigerian Community within the New York jurisdiction.

Egopija had during the February Town Hall meeting said that the Consulate had communicated with the Federal Ministry of Foreign Affairs and would soon start the process of issuance of the passport.

“In the last meeting, we informed you that the enhanced 10-year passport process would soon come to New York.

“The Vice Consul in charge of Immigration will inform you better when this will take off, but a team is already in the mission today.

“To this end, we have expanded the second floor and it will be the hub of our activities. We are bringing all the biometrics machines to same floor,” he said.

Egopija, however, urged the nationals who have not enrolled for National Identity Number (NIN) to do so, noting that without the number it would be impossible to get the passport.

“We have published NIN centres and those responsible should also inform the Consulate so that we can pass the information to our nationals,” he said.

The envoy said the Consulate was doing everything possible to ensure that the nationals get improved services.

He said the mission had just embarked on passport intervention in Michigan, noting that more than 450 applicants enrolled for the intervention.

On cultural matters, he said the Consulate had partnered with Bayelsa indigens within its jurisdiction on cultural show as there were plans to combine trade and cultural events together.

“We will always insist on doing the right thing. I’m encouraging Nigerians to do the right thing and any Nigerian in doubt, let them call and ask us.

“We are always available in rending assistance in this regard. We want to be sure that documents presented or certified by this mission are authentic and that doubts are not cast,” he said.

Briefing on passport issues, Vice Consul in charge of Immigration, Mrs Mosunmola Onilede, said the Consulate had cleared all the passport applications for January and had started with February applications.

“The process is on, and the machines are in New York. The technical partners are working on the installation and once that is completed, it will be test run,” she said.

She reiterated the Consul-General’s call for the nationals to get their NIN before applying for the passport, noting that the condition attached to getting the passport is to get the number.

Similarly, Consul-Immigration and Community Relations Officer, Mr Okechukwu Iroamachi, said the Consulate would continue to issue the 5-year passport and clear all the backlog before insurance of the 10-year passport.

He urged the nationals to take the 5-year passport, which is available now until the new passport would be available.

Iroamachi said the two passports were going to be operating on different platforms, explaining that the setup was different, prompting the installation of a new set of equipment for the new passport.

“It is not possible to migrate from old to new passport, it requires fresh application and until the old one expires, one cannot apply for the new passport,” he said.

It was reported that the meeting addressed some issues raised by Nigerians on passport issuance, especially on the 64-page passport, Emergency Travel Certificate (ETC), information on where to register for BVN, among others.

The 6th edition of the Town Hall is slated to hold in August.