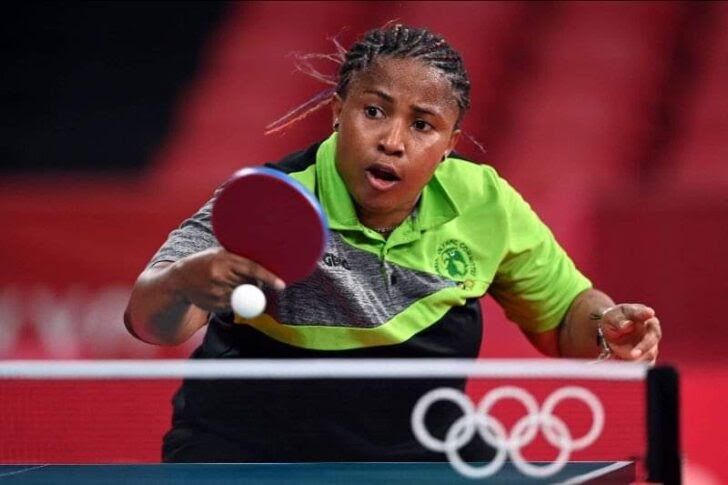 Our correspondent reports that Nigeria is hosting the annual ITTF Africa Cup in Lagos at the Molade Okoya-Thomas Hall inside the Teslim Balogun Stadium, Surulere, with representatives from some African countries in attendance.

In the Round 16 female single, Nigeria’s number one player, Edem was overpowered by her fellow compatriot and home-based Fatimo Bello by 4-3 in a thrilling encounter.

Goda had earlier defeated Oshonaike at the same level at the last Championships held in Yaounde, Cameroon.

The victorious Bello, however, told our correspondent that it was her time to dominate the sport after being in the shadows of the foreign-based players for sometime.

“I believe it’s my time because I practised well for this tournament. Anything can happen in table tennis, so I am not surprised that I won the match.

“I respect her a lot because she plays good table tennis and of course she is a foreign-based, but nonetheless, I have my own time to win after much practice.

“I am now focused for the next match which is Semi-finals because there are still great stars left in the tournament like, Egyptian duo of Hana Goda and Dina Mashref.

For Goda, she told our correspondent that in spite of the win, she did not play to her best, adding that facing a seven time Olympian was a nervy moment.

“I feel good winning, but I did not play to my best, maybe I am a bit stressed, I hope to play better.

“I was also nervous playing. May be at the next match, I will have to make up my mind and be at my best because I still have tough opposition ahead, but I am not worried, I only need to be at my best.

“Funke is an amazing player having attended seven Olympics, so best of luck to her,” she said

I have no doubts about handing Ballon d’Or to Benzema, Messi says