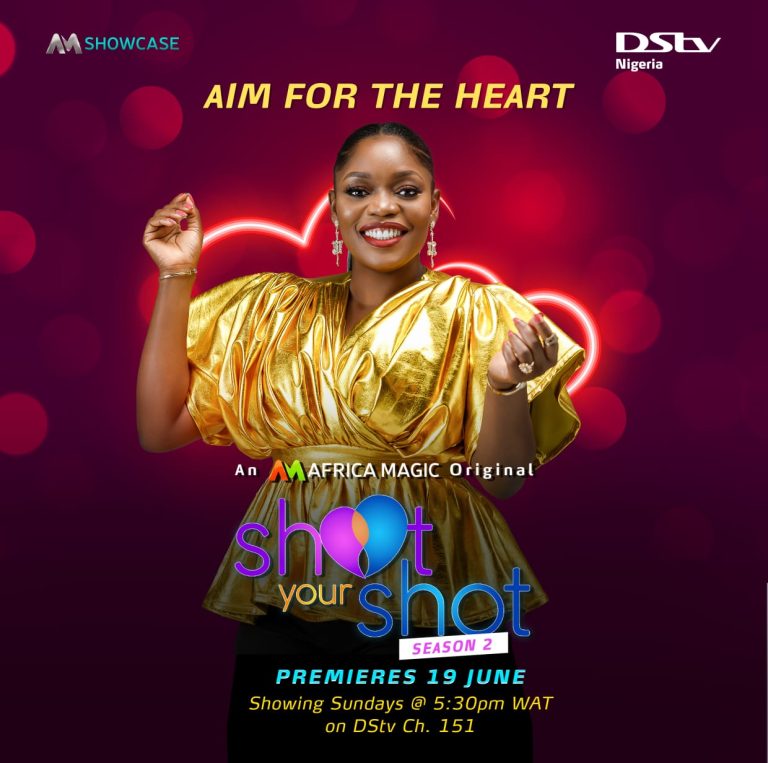 MultiChoice Nigeria and Africa Magic have announced the return of the dating reality show, “Shoot Your Shot”.

Dr Busola Tejumola, Executive Head, Content and West Africa Channels at MultiChoice Nigeria, in a statement said that the show would premiere its second season on Sunday, June 19, on Africa Magic Showcase, DStv channel 151, with Bisola Aiyeola returning as host.

Tejumola said Aiyeola, a former BBNaija housemate and AMVCA winner, would attempt to match two potential lovers by setting up dates for them.

He said this was with the aim of taking their relationships to the next level, while serving belly laughs, thrills, drama and memorable moments.

“We are excited to bring back ‘Shoot Your Shot’ for a second season, the debut season was very well received, so it is only right that we give our viewers a second season that will excite and entertain them.

“Our team has worked painstakingly behind the scenes to ensure that this new season not only lives up to but surpasses the entertainment in the previous one, and we absolutely can’t wait for our viewers to see it,” he said.

“Fans can upgrade to DStv Compact Plus with the MyDStv App or dial *288# to enjoy the show.

“New subscribers can take advantage of the ongoing Ghen Ghen Reloaded offer and get the DStv decoder dish kit with a one-month Compact subscription for just N12,000,” he said