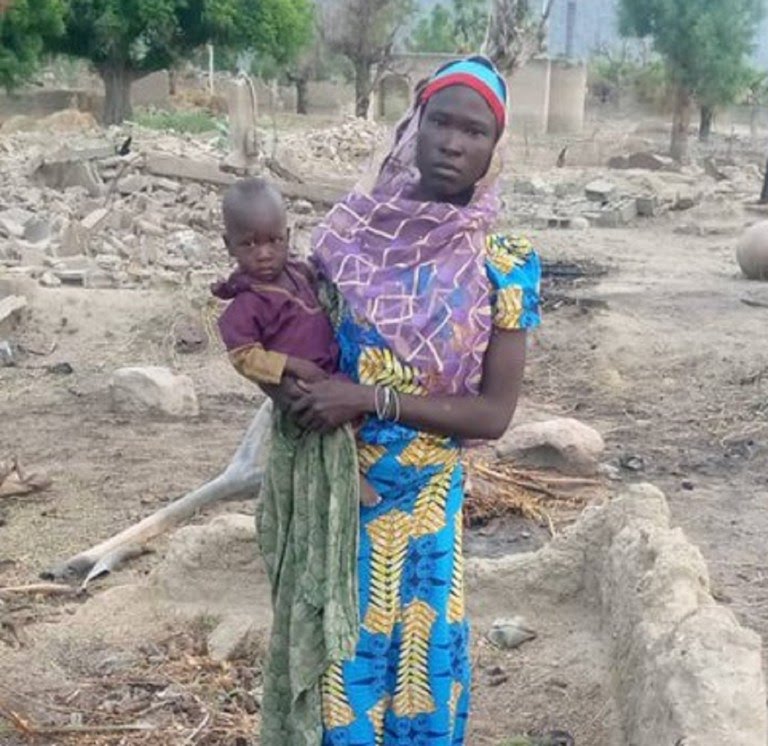 The Nigerian Army said it rescued one Mrs Mary Ngoshe, who is believed to be one of the abducted girls from Government Girls Secondary School Chibok, in Borno.

The military disclosed o this on Wednesday through the verified twitter handle of the Nigerian army, ‘@HQNigerianArmy,’ on Wednesday.

It said that the troops of 26 Task Force Brigade on patrol, around Ngoshe, in Borno on Tuesday, intercepted one Mrs Mary Ngoshe and her son.

“She is believed to be one of the abducted girls from GGSS Chibok, in 2014. Further exploitation is ongoing,” the tweet read.

The Armay added: “The ongoing offensive by troops of Operation Desert Sanity, in conjunction with CJTF, recorded another feat on Tuesday.

”This was as ISWAP terrorists were neutralised around Gurzum, in Borno.

“Terrorists’ market and camps were destroyed. Weapons, among others, were recovered,” the tweet said