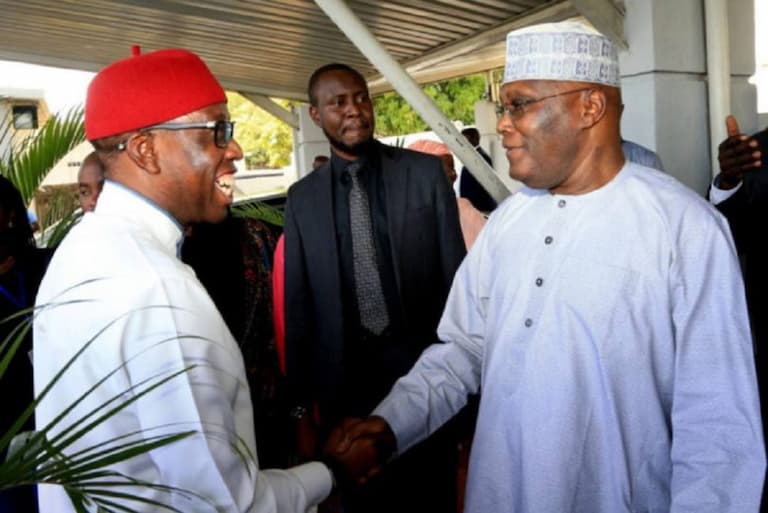 Atiku said this at an unveiling of his running mate at the PDP national secretariat in Abuja on Thursday.

He said that choosing his running mate was a difficult task as three eminently qualified persons were recommended, out of which Okowa was finally selected.

“Let me, therefore, start this momentous journey with a crucial decision about who, among the eminently qualified shortlist, would be my running mate.

“Accordingly, let me state that the person I have chosen as my running mate possesses all those identified qualities.

“He personifies not only the seriousness the current moment represents for our country but also the future that our young people yearn for and deserve.

“He is a serving state governor who has demonstrated, in his state and through his conduct, that governance is about service to the people,” he said.

Atiku added: “Please join me in welcoming to the ticket the next Vice President of the Federal Republic of Nigeria, His Excellency Gov. Ifeanyi Arthur Okowa.”