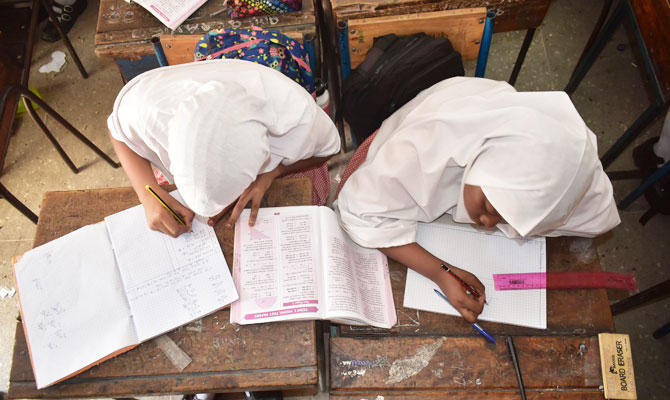 The Supreme Court has ruled that Muslim Female Students in Lagos State can wear hijab to school.

Justice Kudirat Kekere-Ekun, who wrote the lead majority judgment, which was read by Justice Tijani Abubakar, dismissed the appeal on the grounds that the appeal was without merit.

In a split decision of five to two of a seven-member panel of the Supreme Court affirmed the July 21, 2016 judgment of the Court of Appeal, Lagos, which set aside the October 17, 2014 judgment by Justice Grace Onyeabo of the High Court of Lagos State, which upheld the hijab restriction.

Our correspondent reports Lagos high court had in October 2014, ruled against the use of hijabs in schools, a judgement that was upturned by an appeal court in July 2016.

In a unanimous judgment, the appeal court noted that the ban was discriminatory against Muslim pupils in Lagos State.

Dissatisfied with the appellate court’s judgment, the state government took the case to the supreme court.

It subsequently placed a ban on the use of hijab in August 2018.

Lagos to demolish Ikoyi buildings in 90 days, take over land