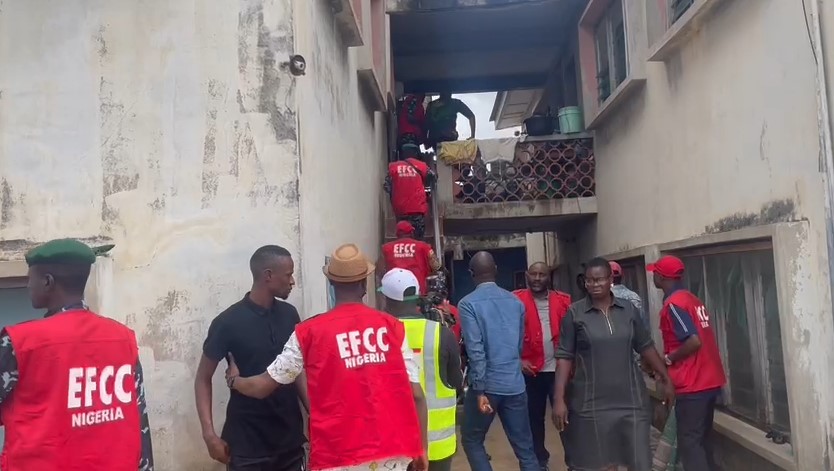 Officials of the Economic and Financial Crimes Commission (EFCC) on Saturday arrested party agents alleged to have engaged in vote-buying in the Ekiti governorship election.

Although NEWSVERGE could not identify the persons’ party affiliation at the time of filing this report.

The EFCC is part of the security agencies deployed to monitor the election.

Parading some of the suspects at the Oke Ori Omi Area Division of the Nigerian Police Force, the suspects were said to have been caught with monies allegedly used to induce voters, an act the EFCC officials say was carried out surreptitiously.

The EFCC thereafter proceeded to burst into another residence where some persons were caught with a book containing details of voters of certain voting areas.