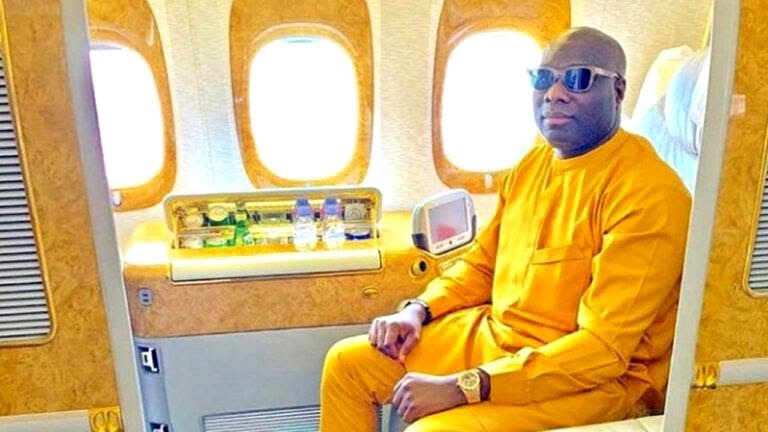 Our correspondent reports that absence of Mompha had on June 16 stalled the court proceedings.

The Economic and Financial Crimes Commission (EFCC) on on June 10, accused Mompha of flouting the court order by traveling to Dubai with a new international passport.

“The bail of the defendant is once again revoked and a bench warrant issued for his arrest against the next adjourned date,” the judge ruled.

He adjourned the matter until June 30 for further proceedings.

The Defence Counsel, Mr Gboyega Oyewole,SAN, had pleaded with the court for a stand down of te matter but the defendant failed to show up in court.

The case was stood down until noon at the instance of the prosecution.

However, when the case was called again, the defendant was absent in court which prompted the judge to ask the defence counsel the whereabouts of the defendant.

“I am also surprised at the development my lord because the defendant gave me an assurance that he will be in court.

“I had his assurance up till yesterday night that he will be in court and that was why I was waiting downstairs for him,”

“I made an efforts to ensure that the defendant is in court today following his absence at the last date of adjournment but to no avail,” he said.

The EFCC counsel, Mr Rotimi Oyedepo, told the court that the the ckmmisiohad filed a plea bargain which the defendant filed and that the new development was shocking.

“If I say that this development is not shocking it will be an understatement my lord. As at yesterday the learned senior advocate discussed with me and assured that we should continue today with this proceeding.

”The defence counsel seemed to have taken some steps but it appears it is not yielding any results.

“I urge your lordship to issue warrant for his arrest and for the production of the defendant before your lordship,” Oyedepo said.

The EFCC, had on Jan.12, charged Mompha and his company, Ismalob Global Investment Ltd, with six billion Naira money laundering.

The other charges include retention of proceeds of criminal conduct, use of property derived from unlawful act, possession of document containing false pretences and failure to disclose assets.