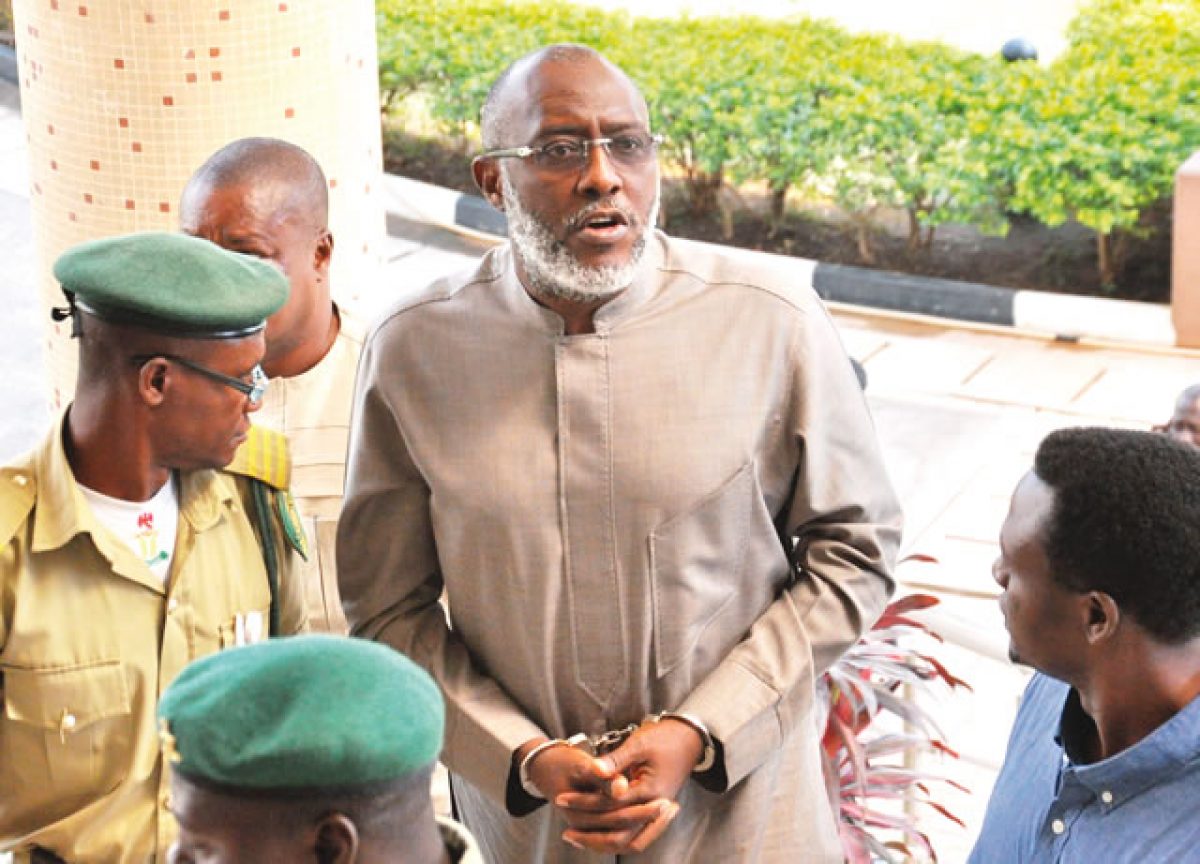 A Federal High Court, Abuja, on Wednesday, ordered that hearing notices of the next adjourned date in the retrial of former National Publicity Secretary of the Peoples Democratic Party (PDP), Olisa Metuh, be issued.

Justice Emeka Nwite, in a ruling, ordered the court registrar to ensure that Metuh and the Economic and Financial Crimes Commission (EFCC), the prosecution in the matter, were served with the hearing notices.

The judge then adjourned the case until Sept. 26 for hearing.

The development followed the absence of counsel for the prosecution and defence in court after the matter was called.

Upon resumption of the case, no counsel appeared for either the anti-graft agency or Metuh.

Metuh, the defendant, was also not in court.
“No counsel in court my lord,” the registrar said.

“Did you serve them with hearing notices?” the judge asked.

The registrar said counsel for the prosecution, who agreed that the matter be fixed for today (June 22), was in court in the last adjourned date.

The registrar further informed that the matter was fixed for mention.

Nwite, therefore, ordered the registrar to ensure that the parties were served with notice of the next adjourned date.

It was reported that the court had, on May 30, fixed today (June 22) for the mention of the matter due to the absence of the judge in court.

Besides, the case was fixed for mention following the EFCC’s appeal at the Supreme Court of the judgment delivered by the Court of Appeal in favour of Metuh, it was reliably gathered.

It was reported on Feb. 15 that the retrial of the ex-PDP spokesman was reassigned to Nwite, who was recently transferred to the Abuja division.

Prior to the reassignment, the matter, with suit number FHC/ABJ/CR/05/2016 between the Federal Republic of Nigeria Vs. Olisa Metuh and another, was before a sister judge, Obiora Egwuatu.

The matter was assigned to Justice Egwuatu last year following his transfer to Abuja division of the court.

Egwatu had fixed Oct. 14, 2021, for Metuh’s re-arraignment after the Court of Appeal’s decision which nullified the trial court’s judgment.

But on the adjourned date, the judge was not in court.

He was said to have gone for the judges’ seminar in Lagos State.

But a check by our correspondent at Court 9, where the matter was expected to take place showed that the case was not on the cause list.

However, our correspondent gathered that the matter, which was yet to commence before Egwuatu, had been reassigned to Justice Nwite.

The Court of Appeal, Abuja had, on Dec. 16, 2020, nullified a Federal High Court judgement that convicted and sentenced Metuh to seven years imprisonment for money laundering.

In a unanimous decision, a three-man panel of justices of the appellate court held that the judgment of the trial judge, Okon Abang, delivered against Metuh on Feb. 25, 2020, was tainted with bias.

The appellate court held that Abang had by disparaging remarks he made in the judgement betrayed his premeditated mindset against the defendant (Metuh) whom he accused of writing various petitions against him.

According to Justice Stephen Adah, who delivered the lead verdict of the appellate court, allowing the trial court’s verdict to stand “will set a dangerous precedent.”
Consequently, it voided the conviction and sentence that was handed to Metuh and his firm, Destra Investment Limited, and remitted the case file back to the high court for a re-trial by another judge.

But our correspondent reliably gathered on Monday that the anti-corruption commission has appealed the judgment of the Court of Appeal at the Supreme Court.

Metuh was jailed over an allegation that he received the sum of N400 million from the former National Security Adviser, Col. (retd.) Sambo Dasuki, prior to the 2