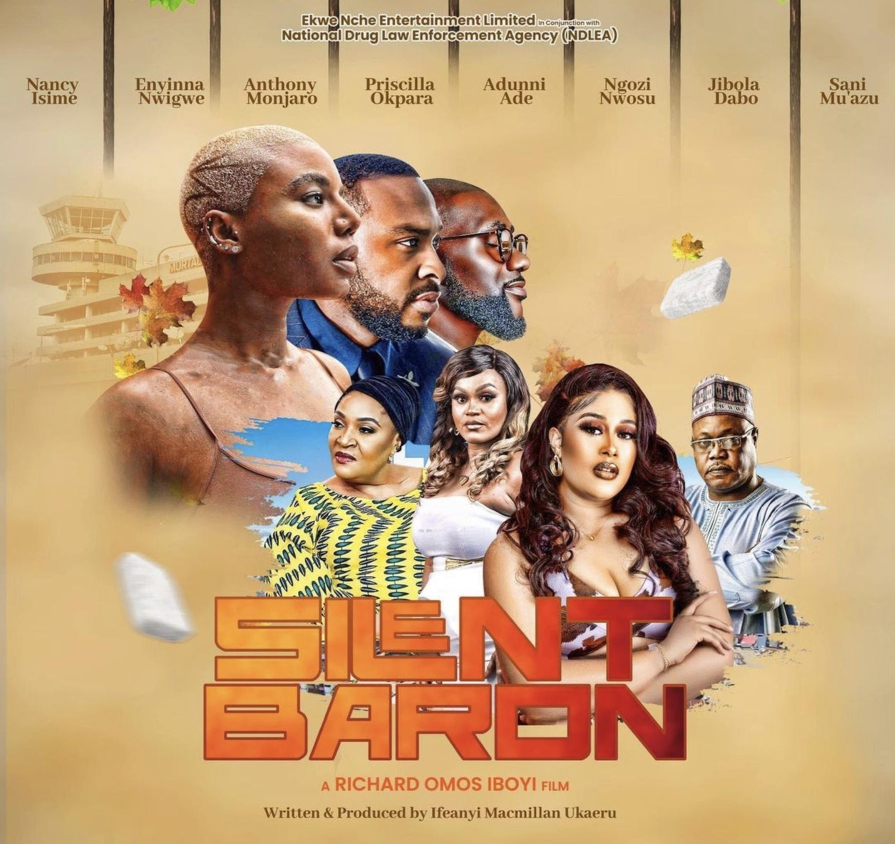 The movie produced by Ekwe Enche Entertaiment Ltd. started private screening in Abuja on June 26, 2021 and in Lagos on June 18.

The Producer, Ifeanyi Ukaeru, confirmed to our correspondent on Thursday in Lagos that the private screening in Lagos was a huge success, hence the decision to go public.

The movie is about drug trafficking, the affluence of its peddlers in the society, and the dexterity of the National Drug Law Enforcement Agency (NDLEA) at checkmating peddlers.

It teaches the dangers of drug trafficking in the society.

The movie is part of activities to commemorate 2022 International Day Against Drug Abuse and Illicit Drug Trafficking.

The movie is seductive, entertaining and has thought provoking content.

Ukaeru said that huge sums had been spent in the making of the movie, adding that it served every facet of the society and each had something to hold on to.

“It tacitly mirrors the undoings of the society with its attendant social consequences on the individuals that indulge in societal infractions, as a sort, lesson to the younger ones,” he told our correspondent.

The producer commended the support of the NDLEA at making the movie action packed.

He said movie lovers would be at home with it, as it starred current best of Nollywood celebrities.

Colman Chris, an actor, who played the role of an assailant in the movie, described it as first of its kind in Nigeria motion picture industry.

The assailant character, eulogised the characterisation of the movie, saying Nigerians and the international movie lovers were in for royal paparazzi laden with emotional expressions caused by deceit.

Also speaking on movie, the NDLEA Assistant Director for Media and Advocacy, Mrs Rita Geh, described the movie as “an uncommon awareness against drug trafficking” urged parents to friends of their children in order for them to know when they began to derail.

Geh called on the Nigerian parents to ensure they got the movie at home for the younger ones to watch and know the antics of peddlers who look for younger persons to lure into trafficking, in order avoid them.

16th Nigeria Media Nite Out Awards to hold in October, call for nominations