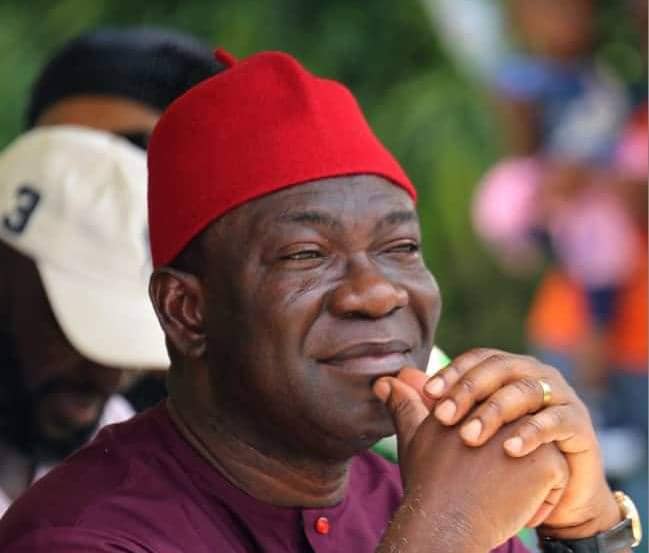 Our correspondent, on June 27, reported that Ekweremadu and wife had, in the application dated and filed on June 27 by Awomolo, sued NIMC and four others.

Our correspondent reports that the couple were, on June 23, remanded in the UK police custody, after they were arraigned before the Uxbridge Magistrate Court for alleged conspiracy to facilitate the travel of David Ukpo, alleged to be a minor, for organ harvesting.

They, however, denied the allegations and the court adjourned till July 7 for hearing.

Ekweremadu also appeared before the Uxbridge Magistrate Court on Thursday where he was denied a bail.

But in the originating summon, the duo prayed the court for an order directing all the defendants to supply to them with the CTC of Ukpo’s biodata Information in court, their care for the purpose of facilitating the criminal investigation and tendering same to establish their innocence with respect to Ukpo’s age in the criminal charges against them before the Uxbridge Magistrate Court.

When the matter was called, Awomolo informed the court that an application had been filed, seeking the order striking out the name of the 5th defendant (Nigeria Inter-Bank Settlement System Plc) and Justice Ekwo granted the prayer.

The senior lawyer told the court that all the defendants had been served with the court processes.

Justice Ekwo then asked lawyer to the 4th defendant (United Bank of Africa), G. O. Maduka, if they were served and he responded in affirmative.

According to him, after going through their motion on notice, we felt we have no reaction to it.

Moving his motion, Awomolo said the application dated and filed on June 27 was supported by an affidavit and a written address.

“I respectfully adopted all the processes my lord,” he said.

Awomolo, however, called the attention of the court to letters written by the defendants, indicating that until his client’s application is granted by the court, “they will not be able to respond to their request.”

In a short ruling, the judge held that having been satisfied that the defendants had been served and looking at the averments in the application, “I make an order granting the prayers”.