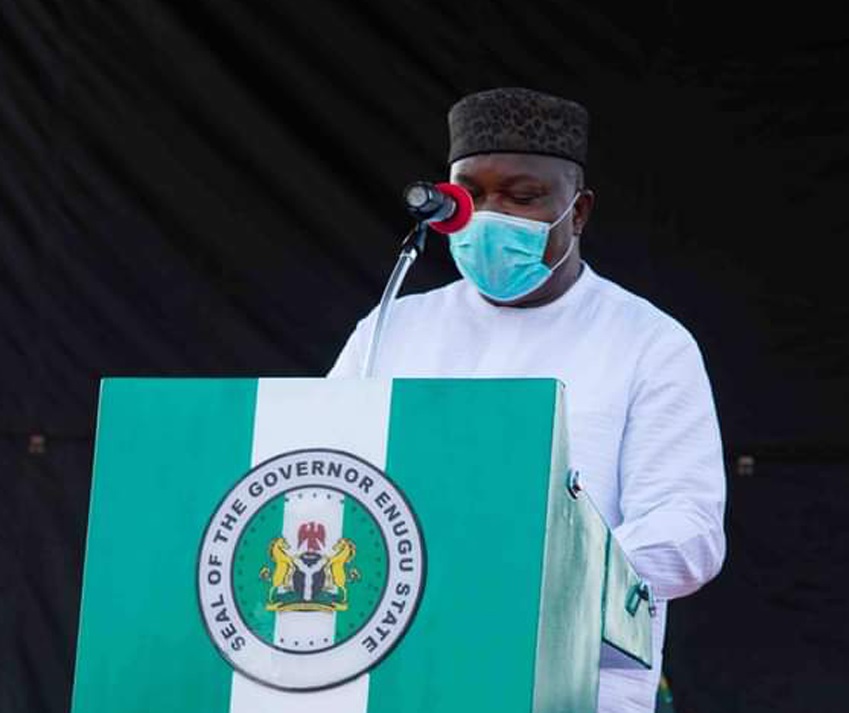 The people of Nkanu in Enugu under the auspices of Nkanu People’s Assembly, on Tuesday honoured Gov. Ifeanyi Ugwuanyi of Enugu State with the prestigious award of “Ekwueme of Nkanu Land”.

It was reported that Ekwueme means “one who does what he says”.

This was in recognition of his worthy performance in office, in spite of the nation’s economic challenges as well as his adherence to the established rotational zoning arrangement of the governorship position among the three senatorial districts of the state.

Presenting the award to Gov. Ugwuanyi at the Government House, Enugu, the National Secretary General of Nkanu People’s Assembly, Prof. Osita Ogbu, on behalf of Nkanu people told Gov. Ugwuanyi that “posterity will recognize the good works you are doing in Enugu State”.

Members of Nkanu People’s Assembly thanked Gov. Ugwuanyi for the emergence of their son, Mr Peter Mbah as the governorship candidate of the Peoples Democratic Party (PDP) in Enugu State.

They expressed delight that the governor, in spite of “so much pressure”, kept faith with the established rotational zoning of the governorship position “that after his tenure it will go to Nkanu land”.

According to Ogbu, This is why Nkanu People’s Assembly is giving you the award and we are calling you the Ekwueme of Nkanu land. We love you today, we love you tomorrow and we will continue to love you.

Describing Gov. Ugwuanyi as “the most security conscious governor in Nigeria and the greatest friend of the people”, Ogbu applauded him for his peace initiative, humility, open door policy and commitment to participatory democracy.

The group, therefore, urged Gov. Ugwuanyi to remain focused and committed, expressing confidence that the governor, through his political sagacity, would accomplish all the good works he has started.