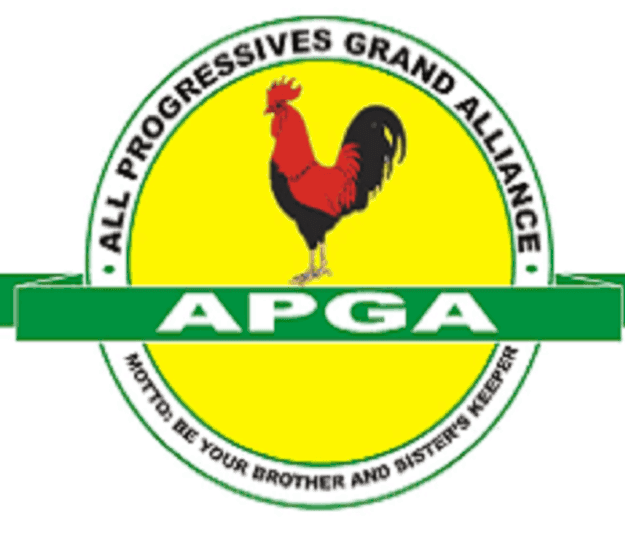 The All Progressive Ground Alliance (APGA) says there is no other faction of its executives.

A statement signed by the Publicity Secretary, Mr Tex Okechukwu, and made available to newsmen in Lagos on Thursday, said.

“Our National Chairman, Ozonkpu Victor Ike-Oye, was elected with other members of the National Working Committee (NWC) in a convention held on May 31st, 2019 supervised by INEC.

“In attendance at the convention were the former Governor of Anambra state, Chief Willie Obiano; the 36 States chairmen, including the FCT; members of States House of Assembly and Board of Trustees (BOT) and NEC at Dora Akunyili Centre, Awka.

“Okorie has since left APGA to form another political party, United Peoples Party (UPP),” it said.

The statement said that a national chairman of APGA could only come from a properly constituted national convention supervised by INEC.

It said the party met all the conditions on the May 31, 2019, convention that brought in the subsisting party executives

It urged the general public to disregard any other person or group of persons claiming leadership of the party.

The statement said the distraction was to cause disharmony in the party.

It also said the party was banking on its media team for victory at presidential, governors, senate and House of Representatives at the 2023 polls.

The statement said so far APGA had the best Presidential candidate in the person of Justice Peter Umeadi Rtd.

It acknowledged its media team sacrifices in projecting the party in Anambra government for many years.

The statement urged them to continue protecting and projecting the good image of the party with every sense of passion, commitment and diligence.

Why I picked Shettima as running mate- Tinubu