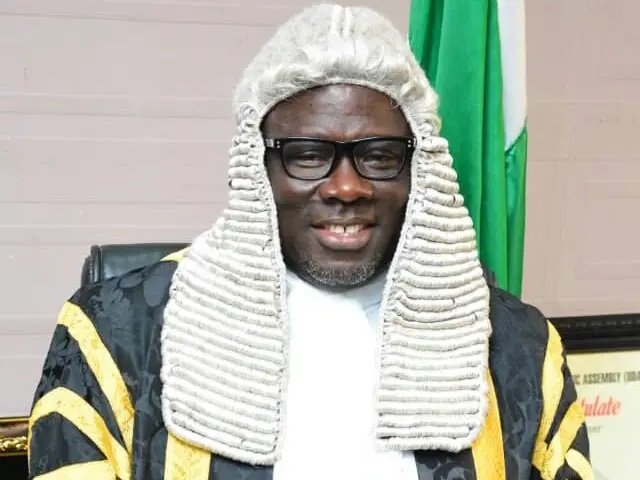 The Speaker of the Delta House of Assembly and State PDP Governorship Candidate, Chief Sheriff Oborevwori says he will appeal Federal High Court judgement against his candidacy.

The Federal High Court, Abuja on Thursday disqualified the governorship candidate of Oborevwori, from contesting the 2023 election.

Delivering judgment on a suit filed by Mr Olorogun Edevbie, Justice Taiwo Taiwo held that Oborevwori lacked the legal competence to participate in the election.

The judge held that the suit had merit and accordingly granted the reliefs sought by Edevbie against Oborevwori.

In a Press Statement by his Chief Press Secretary, Mr Dennis Otu, the Speaker called on all his supporters and the people of the state to remain calm and steadfast in the face of the Judgement, saying that there was no cause for alarm.

According to the Statement, I wish to appeal to all my supporters, political associates and well wishers to remain calm and law abiding over the Judgement of the Federal Court.

”There is no need to panic, all is well. We will certainly appeal the Judgement and so let us maintain the peace as all hope is not lost. All is well and it will end in praise to the Glory of God Almighty.

“The courts have always been part of our democratic experience and our confidence in the judiciary which is the last hope of the common man is unwaivering.

”So, as we embark on the appeal process, our supporters and indeed the people of the state should kindly note and rest assured that Sheriff Oborevwori remains the Gubernatorial flag bearer of the Peoples Democratic Party (PDP) in Delta State for the 2023 general Elections.

”The Sherrification Movement is well and alive and, by God’s grace, we shall overcome”, he stated.

“Once again, I want to appreciate God Almighty for giving us victory at all times, and we will certainly not stop praying for more victories because the state is in God’s hands.

”Be reassured that God will take us to the Promised Land at the end of the day. We also wish to thank our teeming supporters for their steadfastness”, the Speaker added.

In the same vein, the State PDP confirmed that it has received the judgement on the Federal High Court.

In a statement by the State Publicity Secretary PDP, Dr Ifeanyi Osuoza said, ”we have received the judgement of an Abuja Federal High Court, against our Gubernatorial Candidate for the 2023 general elections, Chief Sheriff Oborevwori, on the grounds of discrepancies in his documents.

”We have already engaged our team of legal experts to critically study the ruling and explore grounds on which we can confidently approach the Court of Appeal.

”We want to therefore enjoin our teeming supporters and loyal party faithful to remain calm, unperturbed, and law-abiding.

”We assure them that we are quite confident in our conviction, that justice will be done and we will get judgement at the Appellate Court.”