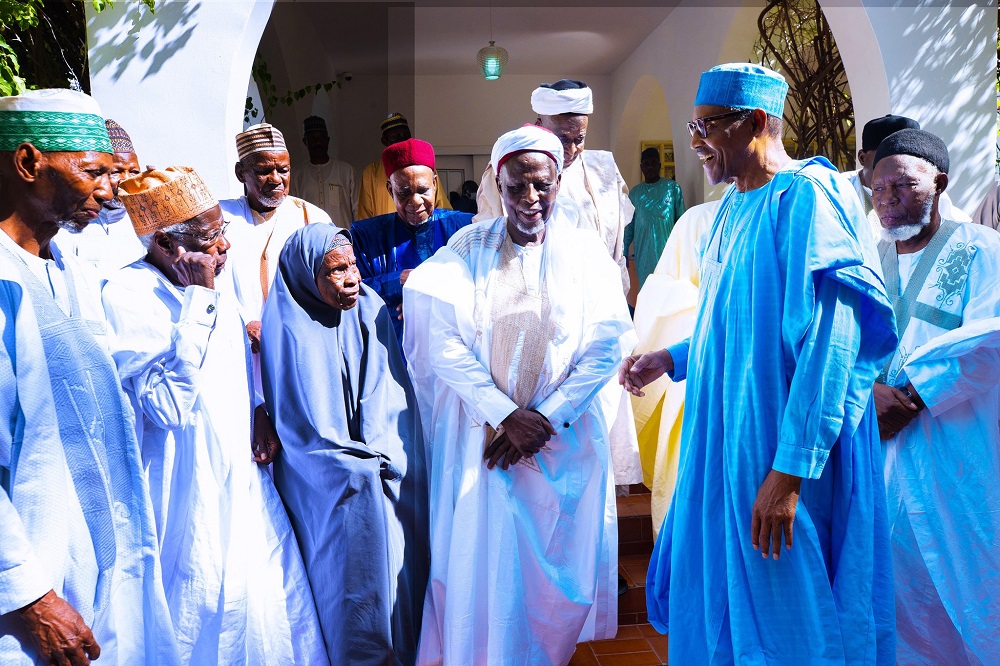 President Muhammadu Buhari on Tuesday in Daura, Katsina State, had an emotional reunion with his primary and secondary school classmates coming to pay homage to him to mark the Sallah celebrations.

The President enquired about each individual’s wellbeing, their health and wellbeing of their family members.

A Statement by the President’s spokesman, Malam Garba Shehu, said president and his classmates prayed for the repose of those that died between last year, when they last met and this year.

Buhari expressed his joy and happiness for the meeting, saying he got the same feeling that he used to have when they were young.

The president and classmates also chatted for a while, talked about the school days and shared a lot of memories.

He thanked the schoolmates for their respect and feelings for him which they have retained for all the time.

The leader of the class association, Sen. Abba Ali, commended the sacrifices the president had been making and urged him to maintain focus on the nation which he said was more important than all else.

The presidential aide revealed that the classmates presented a gift to the President and joined him in a memorable group photograph.