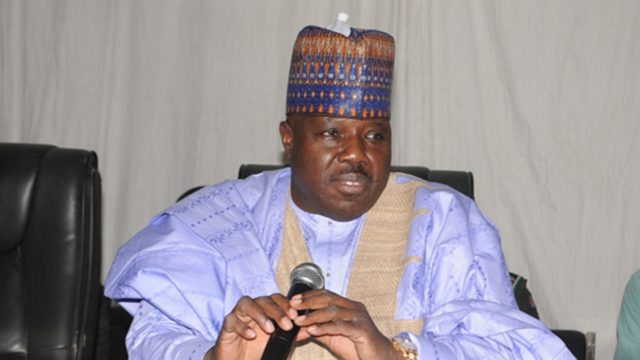 Sen. Ali Modu Sheriff on Monday in Abuja, called on All Progressives Congress stakeholders to work in unity to ensure the actualisation of a Tinubu/Shettima presidency in 2023.

He made the call in a statement by Dr Cairo Ojougboh, Director-General Ali Modu Sheriff Campaign Organisation while congratulating Sen. Kashim Shettima on his nomination as APC 2023 Vice-Presidential candidate.

It was reported that Sen. Bola Tinubu, APC’s 2023 presidential candidate in Daura, Katsina State on Sunday, announced Shettima, a former two-term Governor of Borno, as his running mate.

Tinubu, also a former two-term Governor of Lagos State and one of the leaders of the APC, had gone to Daura to pay Sallah homage on President Muhammadu Buhari.

Shettima is currently representing Borno Central in the National Assembly.

“For the records, Shettima personally notified me of his nomination as soon as he was informed of it, and I have given my blessings to the Tinubu/Shettima APC 2023 presidential ticket.

“We have given him and his principal our blessings and we implore all hands to be on deck as we work in unity to ensure the party’s electoral victory in 2023.

“All party stakeholders and members must work together to ensure that the APC wins the 2023 presidential election, irrespective of whatever sentiments we may harbour,” Sheriff said.

He assured that as an individual and a critical stakeholder of the APC, he was ready to work with the team and other stakeholders of the party to ensure its electoral victory at all levels in 2023 general elections.

Sheriff, also a former two-term Governor of Borno, said he would do everything possible to see that the APC won the coming elections in landslide.

“We are all APC members and should come together and campaign for the Tinubu/Shettima presidential ticket and for the party to win the elections at all levels.

“From the depth of my heart, I support the Tinubu/Shettima presidential ticket, and I believe that with Allah on our side, our electoral victory is assured,” he said.