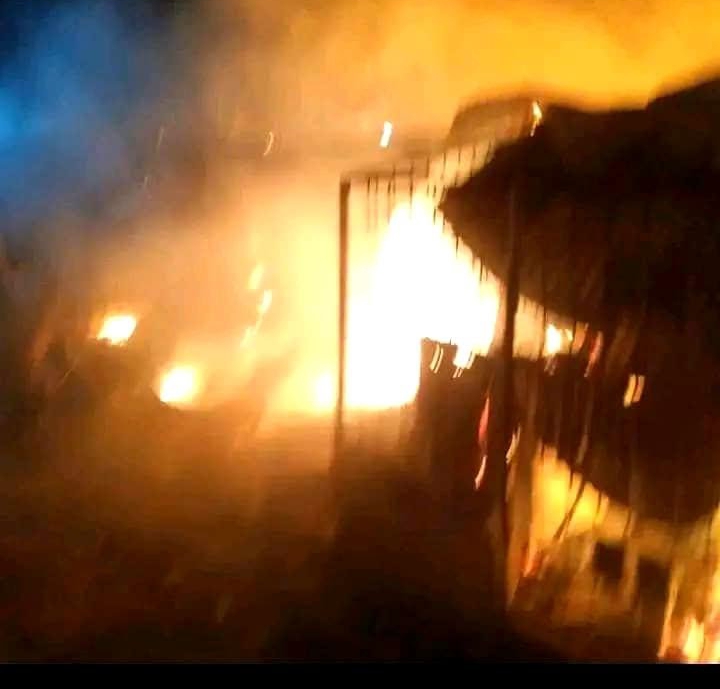 A victim, Mr Friday Nwachukwu, who owns a shop in the market, told our correspondent that the fire occured around Tuesday midnight.

Nwachukwu, who spoke in a telephone interview with our correspondent in Abakaliki on Wednesday, said that goods and stalls worth millions of naira were destroyed by the fire.

He, however, said that no life was lost in the incident.

He also said that the cause of the inferno had not been ascertained.

“We do not know what actualy caused the fire becasue it happened in the night.

“The fire fighters in our area could not come,” Nwachukwu said.

He said that it took the concerted efforts of the youths of the area to put out the fire.

Our correspondent reports that the Chairman of the LGA, Mrs Oby Oko, visited the scene of the incident Wednesday “to have a first hand information” about the incident.

Oko sympathised with the victims and urged them to be thankful to God that no life was lost.

She described the incident as pathetic and assured them that the council would help to provide the basic amenities in the market.

She advised them to “cultivate the habit of switching off the electrical appliances in their shops at the end of business everyday”.

Efforts made to speak with the General Manager of the state Fire Service over the incident were unsuccessful as he was said to be out of office on official assignment.