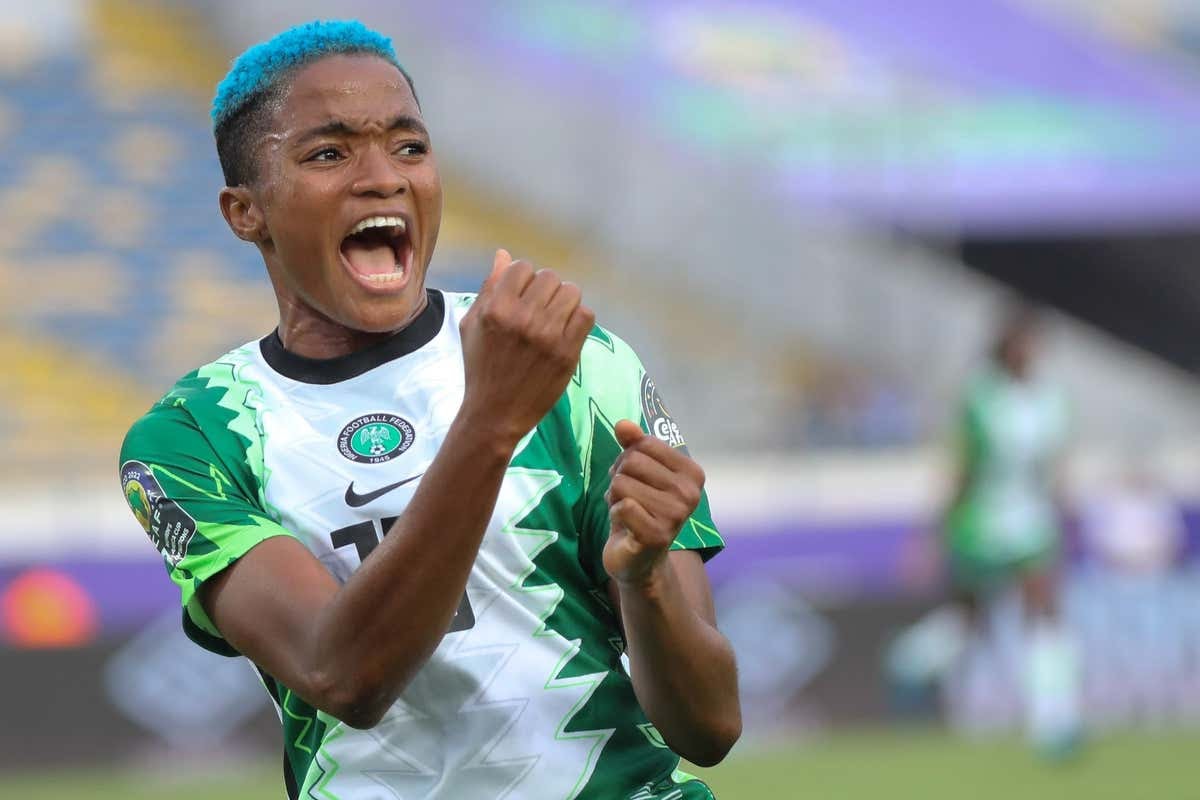 Super Falcons’ forward Rasheedat Ajibade says there is still one more goal to achieve in spite of her team’s qualification for the 2023 FIFA Women’s World Cup.

It was reported that the Falcons on Thursday defeated Cameroon 1-0 in their Women’s Africa Cup of Nations (WAFCON) quarter-final clash in Casablanca.

Ajibade scored the match’s only goal in the 57th minute to increase her goals tally to three in the competition.

The woman-of-the-match told newsmen that booking a World Cup ticket was one of the team’s targets, adding that they would now focus on winning the tournament.

“First I want to give glory to God Almighty for the victory which has taken us into the semi-finals and also given us a World Cup ticket.

“It’s our goal to win the tournament and also qualify for the World Cup.

“It’s one down and so we are going for the next one,” she said.

The Atletico Madrid Primera División Femenina forward stated that the Falcons were committed to achieving their target, adding that they have all it takes to win the tournament.

“If we want to win the tournament, we have to compete with every team.

“So, we are ready. We are going for it and we know what it takes.

“It’s a very tough tournament, but we will make sure we do our best to scale through the next hurdle,” she said.

The Super Falcons have set up a mouth-watering semi-final duel against hosts Morocco.

Nigeria has the best cyclists in Africa — Minister