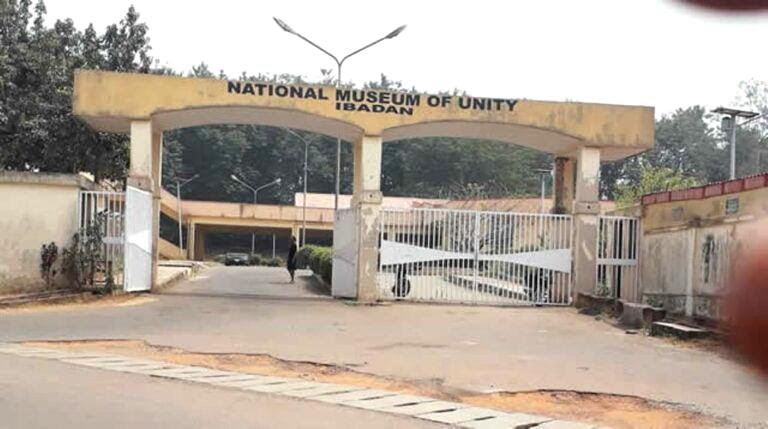 The National Museum of Unity, Ibadan, says some modern artefacts are currently on display at its galleries.

According to the museum, the new artifacts ranges from Aso Ofi lurex, shine-shine variance of wool, new currency denominations, live and light music and use of flex for still images.

The synchronised television display and change of old exhibitions to new ones, were also part of the new artifacts.

The Museum Curator, Sikiru Adedoyin, told our correspondent on Thursday in Ibadan that the artefacts were on rotational loan from other museums.

According to him, some others were retrieved from stores, to replace the already displayed ones in the gallery.

Adedoyin said the commission was commissioning its archaeologists and professionals to the field, for new and more discoveries.

He noted that the repatriated artefacts from foreign countries and their insurgence into the country, was also a plus to the museums.

“The express approval of the management to allow members of the public to take snaps and photographs, has been a wonderful succour to the perceived age long challenges and a step in the right direction.

“We therefore use this medium to invite members of the public to come again and again to the National Museum of Unity, at Alesinloye area in Ibadan.

“This will enable the people to feel museum, act museum and talk museum, the memorabilia of our forebears,” he said.

The curator further stated that there was a marginal increase in the number of visitors to the museum, in the first half of the year.

According to him, this is because people are now drifting away from the fear of the scourge of the Coronavirus (COVID-19) pandemic, where most parents and school authorities did not encourage their wards to frequently visit public places.

“There is more than 30 per cent increase by the reason of seasonal changes, as schools are in session and their curriculum calls for museum’s visit,” he said.

Adedoyin said in a bid to attract more visitors, the commission had improved on the use of good ventilation and air-conditioned environment in the hall and galleries.

He decried the fact that the western influence had affected the country’s culture, even in the area of dressing.

“The major influence of western culture over our own, has been polarisation, aparthy, complete neglect of moral values, jet age which depicts our culture as old school and the western as new wine.

Adedoyin emphasised that museum was beginning to engage in collaboration and partnership with the private sectors, NGOs and other government agencies in the research, conservation, development and promotion of cultural resources.

This, he said, would help to bring about revenue generation and make the country a tourist delight.

He stressed that increased budgetary allocation and funding on the part of the government and development of investor friendly policies on culture and heritage, would go a long way in assisting the museum achieve its goals.