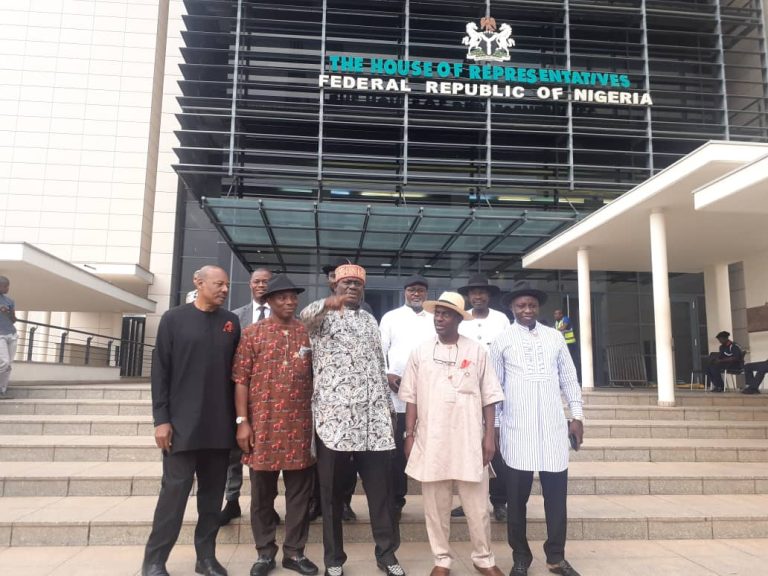 Abiante made the call when the Ijaw National Congress (INC), led by its president, Prof. Benjamin Okaba, paid him a courtesy visit at the National Assembly in Abuja on Thursday.

The lawmaker said that building synergy with other ethnic nationalities that have presence in the national assembly was the way to go.

He said this would fast track team work among ethnic nationalities irrespective of where they belong, whether in the majority or minority.

”What is important for us is for everyone to understand the position of the Ijaw man, and understand the values we place on these resources which God has given us.

”Equating this with other resources being managed by several other interests would enable them to come up with a law that is necessary for Nigeria,” he said.

According to Abiante, outside personal interests, where such laws are found not to be vital, they would be jettisoned.

“So, we urge you to have a synergy with other of our people who may not necessarily be Ijaw people, the time is now.

“We are all aware that this is not the first time this bill is coming up, it’s the third time and we have always stood in defense of the interests of our people,” the lawmaker said.

He also said that the waterways, the rivers and the creeks to them, were equivalent to farmlands.

Earlier, Prof. Benjamin Okaba, President of the INC, said the purpose of their visit was to discuss the national water resources bill.

In an interview with newsmen after the meeting, Okaba said their visit was part of stakeholders’ consultation with respect to preparing the position paper of the Ijaw people on the re-introduced bill.

“The bill intends to vest total control of all our water resources on the federal government,” Okaba said.

He said that what this meant was that the water comprising the coastal belt and activities there would be controlled, managed, utilised by the federal government.

“I don’t know the extent of consultation, but as far as I am concerned, the consultation is not wide enough, because all that is contained therein is contrary to our interest.

“The best description of Ijaw people are those persons who live on water. We fish on water, our source of livelihood is water, and in fact our religious activities are all aquatic.”

Our correspondent reports that the committee report on the 2022 National Water Resources Bill proposed by the Federal Government was for an act to establish a regulatory framework for the water resources sectors in Nigeria.

It was also reported that the bill was meant to provide for the equitable and sustainable development, management, use and conservation of Nigeria’s surface water and groundwater resources and related matters.