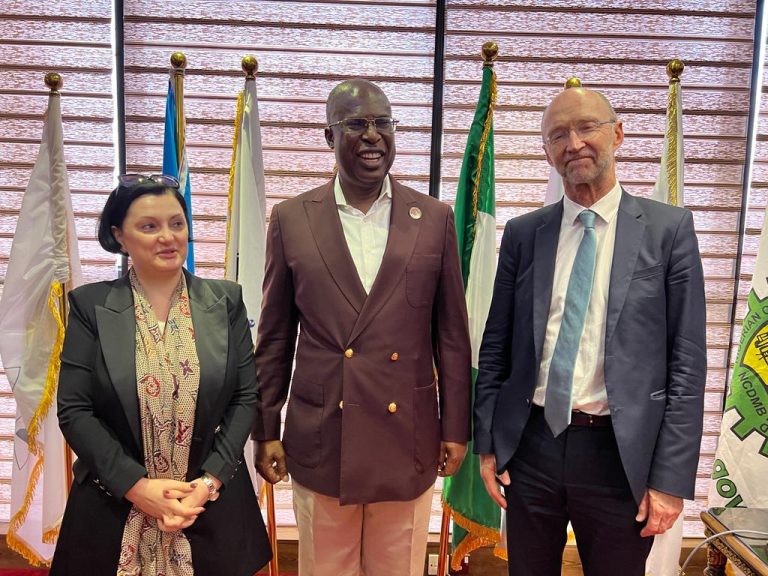 The European Union (EU) in partnership with the Federal Government has expressed renewed interest to put mechanism in place to fund gas project in Nigeria to guarantee energy security in Africa and Europe.

The EU made this known on Friday when Chief Timipré Sylva, Minister of State for Petroleum Resources, received Mr Matthew Baldwim, Deputy Director-General, EU Energy Platform Task-Force in his office in Abuja.

Recall that the EU delegation’s visit to the Minister was the second in four months, and it was equally meeting other key ministries with relevant roles to play in guaranteeing energy security.

The Minister said this development would hasten the desire of EU to guarantee alternative gas to Russia’s.

He described the assistance which covered security, technology development, financing and private sectors investment as worthwhile because finally it had enabled Nigeria to be on the same page with the rest of the world.

Sylva, who was critical about the haste which the EU and Western nation took out investment in fossil fuel, said in years to come fossil fuel would be very relevant while gas would be used as transition fuel.

He underscored the need for the EU to appeal to their financial institutions to be willing to relax stringent rules and remove bottlenecks bothering loans to enable sourcing funds under conducive agreement.

“We have always said that we are committed to gas as a trasition fuel and today we are speaking the same language with the EU.

“We are discussing with the EU on how to collaborate on developing technology and other support they can give Nigeria.

“They are responsible for the policy that will drive the investment,” he said.

On security, he said it was another area of cooperation because they went to the Niger Delta Region to see for themselves what the security situation was, adding that part for the solution itself also required technology.

He said the region would be secured for oil and gas investments to continue to thrive while production quota would be shored up.

As part of the intervention to curb the insecurity in the region, he said there was a four-legged collaboration which involved the government, security agents, oil companies and communities.

Baldwim had earlier reinstated EU’s commitment in making the gas project a reality and expressed optimism for a sustainable partnership for energy transition in Nigeria.

“I am very pleased to be working with you in a big way private sector investment is guaranteed; the more the security situation can be improved in the Niger Delta Region, the more investment we will see,” he said.

Ongoing AKK Gas Project and Trans Sahara Gas Pipelines (TSGP) project will present a huge opportunity for Nigeria and others to tap into the European markets.