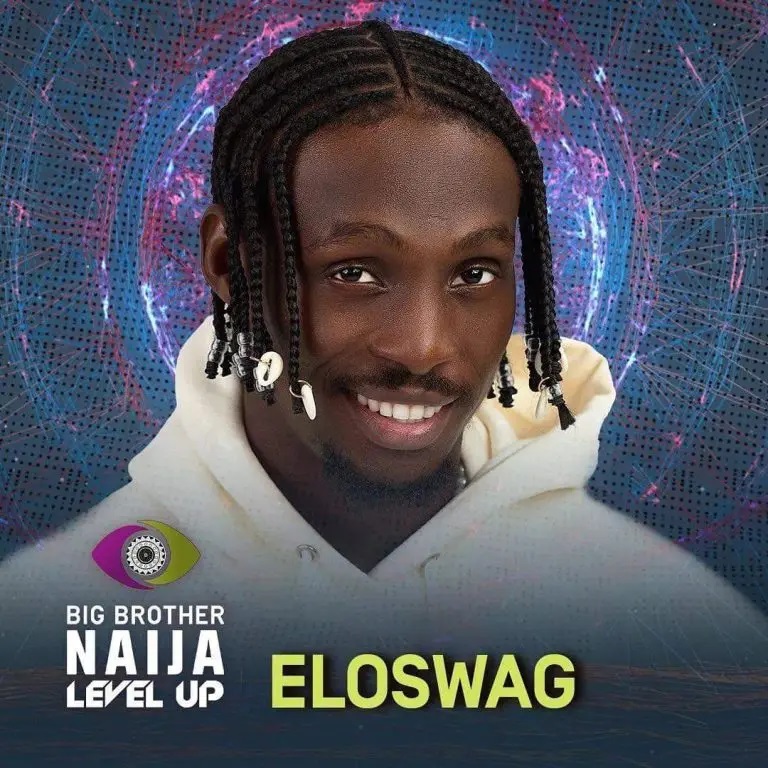 Eloswag, one of the “Level 1” housemates of the ongoing television reality show, Big Brother Naija (BBNaija) has emerged the head of house for the first week.

This was announced by Biggie, the coordinator of the show upon the completion of the head of house task on Monday.

Eloswag was officially crowned and given the head of house mantle to rule the house for the week.

He also said the head of house would have the order to nominate housemates for possible eviction but he is not allowed to mention to any housemate the names of those nominated.

Also Khalid and Dotun were also disqualified after flouting the rule of the second task as Biggie declared Bella as the first tail of the house.

It was also reported that the housemates in level 1 and level 2 houses, for the first time came together at the arena to play the head of house games as they were excited and seen hugging one another.

The housemates are bidding for the grand prize of N100 million.