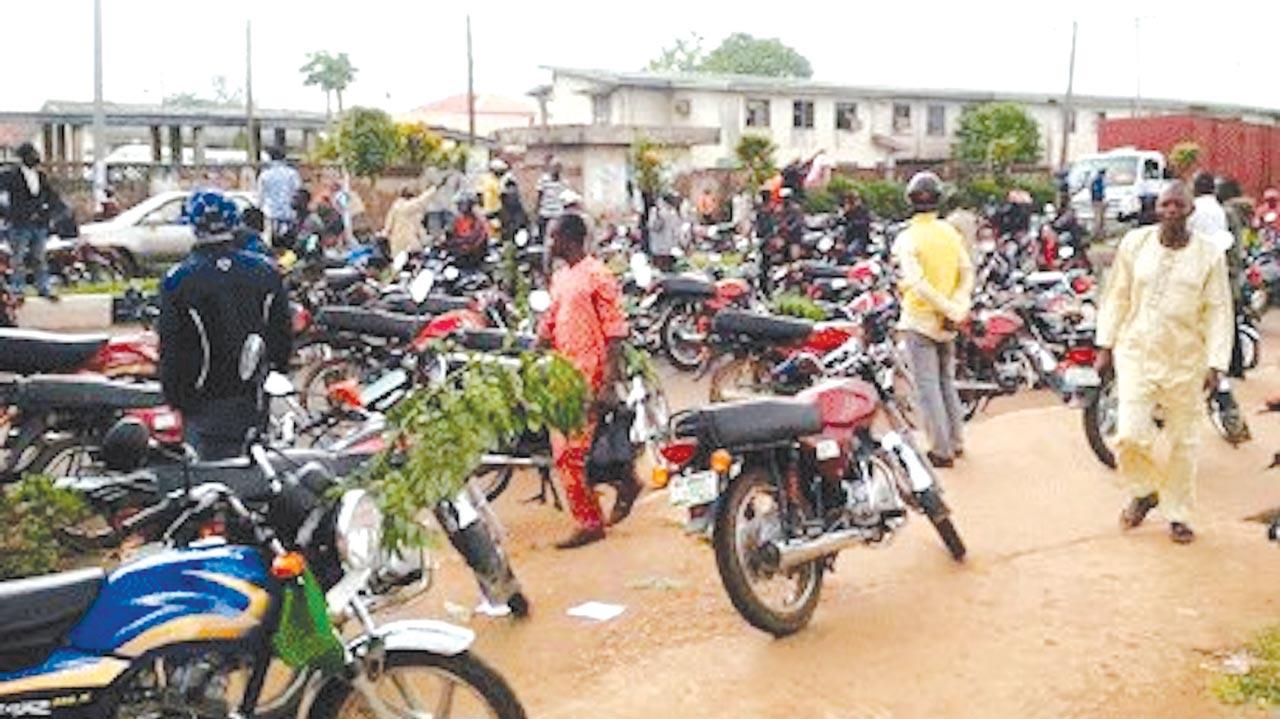 The Amalgamated Commercial Motorcycle Riders Association of Nigeria (ACOMORAN), Oyo State chapter, has appealed to the Federal Government to regulate activities of commercial motorcycle operators rather than its planned ban.

It was reported that the Federal Government had on July 21, announced the plan to ban the use of motorcycles for commercial purposes.

The Minister of Justice, Mr Abubakar Malami (SAN) said that government was considering the idea due to the activities of bandits and other criminals who carry out their attacks using motorcycles.

However, Mr Abimbola Oyediran, Secretary of the union told NAN in Ibadan on Monday that the ban may not be the best solution to insecurity issues in the country.

“The planned ban may definitely not be the solution to insecurity, rather government can regulate their (commercial motorcycle operators) activities in the country.

“I see the ban of commercial motorcycle operators increasing the suffering of the masses,” Abimbola said.

According to him, most commercial motorcyclists use it as a source of income for them and their families.

Another ACOMORAN unit executive in Mokola area, Mr Aliu Ayodele, said that the planned ban on operation of commercial motorcycles would further increase the unemployment statistics in the country.

Ayodele said that many graduates who could not secure white collar jobs have taken to riding commercial motorcycles and tricycles, ‘Keke Napep’, to survive and cater for their wives, children, parents and dependants.

“Many able-bodied, who use motorcycles for commercial purposes to make ends meet, are still looking impoverished,” the unit executive said.

Speaking in the same vein, Mrs Yosoye Adedeji, a teacher, said though the idea was good, but it would affect the means of livelihood of many Nigerians.

“Those living far away or living in neighbourhoods with difficult terrain and not motorable will suffer a great deal because commercial motorcycles have been what they rely on as means of transportation,” she said.

Also, Mrs Tomi Babatunde, a civil servant, said that the policy if implemented would increase crime rate, because many people earn their living from riding commercial motorcycles.

“It should not be ban completely, but there can be some form of regulations through a body that can monitor their activities.

“If the ban is placed, we won’t be able to handle them in their jobless state, unless the government will provide jobs for them,” Babatunde said.

Similarly, Miss Olamide Abu, a student, said that social vices would increase should government ban use of motorcycles for commercial purposes in the country.

“Fear of insecurity will dominate the landscape. More atrocities will abound as those without jobs will indulge in illegal means of livelihood,” Abu said.

Also speaking the Chairman of Motorcycle Riders Association, Adeoyo Branch, Mr Moshood Ibrahim, said banning of commercial motorcyclists can not be the solution to insecurity in Nigeria.

Ibrahim said instead of the ban to reducing crime rate it would rather increased crime and unemployment rate in the country.

The chairman said that banning commercial motorcyclists would favour no one as most people including graduates ventured into the business as a result of unemployment in the country.

“Most of the people using motorcycles to commit crime are recently being apprehended and burnt to death alive by some angry youths,” he said.

He said that most commercial motorcyclists collected the motorcycles on higher purchase ranging from N550,000 to N600,000 and usually paid in installments in order to feed themselves and families.

Ibrahim called on government at all levels to look for other ways to tighten security in the country rather than its plan to ban commercial motorcyclists from operating.

Also speaking, a commercial motorcyclist, Mr Akeem Akindele, said riding motorcycles for commercial purposes was the last hope of the common man as a result of lack of good job.

Akindele, who said that he was previously a plant seller, but now ventured into riding commercial motorcycles because his previous job was not enough to take care of his family.

He stressed that riding motorcycles for commercial purpose is now his only means of livelihood for him to take care of his family.

Akindele said plans to ban okada by the federal government would lead to serious suffering for his family and other Nigerians who are in the same condition with him.

“My advice is that the government should not ban the use of commercial motorcycle, but look for other ways of dealing with those using it in perpetrating crime,” he said.

Akindele commended the Oyo State government for the commencement of registration of commercial motorcyclists in the state.

“This is in order to identify authentic motorcyclists and those using it to perpetrate crime,” he said.

Akindele, therefore, urged the federal government to look into possibility of doing the same.

However, an expert in security and strategic studies at the University of Ibadan, Prof. Oyesoji Aremu, has said a nexus had been established between motorcyclists and insurgency, banditry and the likes in the Northern parts of the country.

“This is true for the southern part of the country too. People have used commercial motorcycle to carry out terrorism and other criminal acts.

“Placing a ban on use of commercial motorcycle ‘okada’ will help to stem the tide of insecurity in Nigeria especially in the Northern part of the country.

“But the ban could also precipitate other crimes; this is my concern as a security scholar.

“If you plan to solve a problem, and in doing so, you shouldn’t create another problem. Okada is a means of livelihood for some people. Unfortunately, some criminals are using it to their advantage.

“The ban will force many people to be out of job into crime and criminal behaviour, this will be counter-productive.

“It will also have great effect on Nigerians on low cadres who use okada to ferry their goods and agricultural produce,” Aremu said.

The don, however, advised the government to regulate the use of commercial motorcycles and use their unions to enforce the regulations.

“I know they’re registered with NURTW but beyond that they should be made to register with an agency of the government; the profiling of okada riders should be done to ascertain their identity.

“So, if okada is used for what it was not meant for, then the union leaders would be questioned. Whether we like it or not they serve some purpose in the country,’’ Aremu said.

Police recruitment based on merit, not politics, favouritism, says I-G