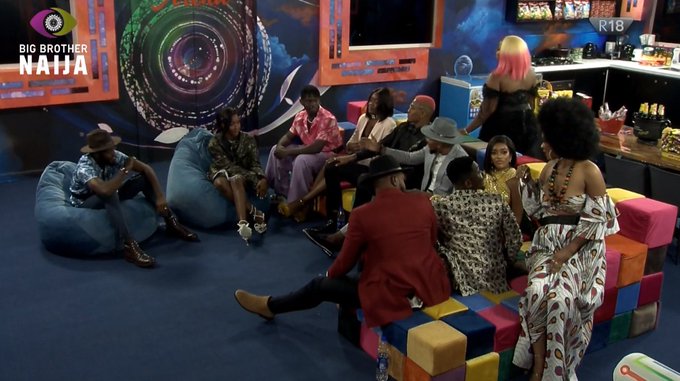 This was disclosed by Biggie, the coordinator of the show upon completion of the task by the housemates, after going through three rounds of presentations.

He hinted that the housemates were assessed based on their level of creativity, originality, presentation and organisation.

He said that with level 2 housemates emerging winners of the talent showcase challenge, they had automatically won their wager for the week.

He said each of the winners would be credited with “1,500 Pocket Naira”, to be used for their shopping on Saturday when the shopping card would be opened while the losing team would have to survive on the bare minimum.

According to Biggie, only the winning team would have access to the pool party and the Saturday party.

It was reported that the housemates in Level 1 and 2 houses were divided into three groups each and were made to make drama and musical presentations to exhibit their talents as well as presentation of an anthem for each house.

In the course of the presentation, Khalid’s artistic talent in drawing was obvious, Bryann and many others also displayed their musical talents.

The 24 housemates continue to bid for the grand prize of N100 million.