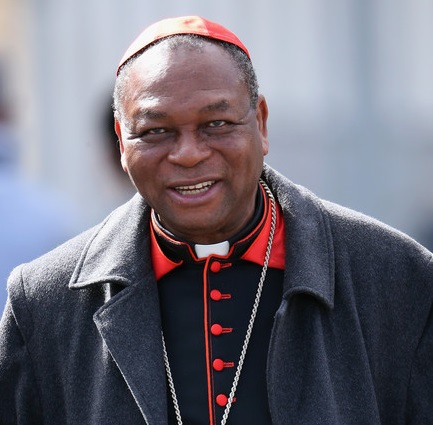 Cardinal John Onaiyekan on Tuesday in Abuja called on Nigerians to join forces in the fight against insecurity in the country.

Onaiyekan, the founder of Cardinal Onaiyekan Foundation for Peace (COFP), made the call at the graduation ceremony of the fifth set of COFP fellowship programme on inter-religious dialogue and conflict.

He said the recent exploits of terrorists had destroyed lives and properties while he prayed that the situation would end soon.

According to Onaiyekan, what is needed and necessary is for Christians, Muslims and traditional leaders to join forces of heart, mind and hands to deal with the common menace.

“We need a high dose of optimism and conviction to continue to work for inter-religious harmony and co-operation in our nation today.

“This is what our foundation decided to continue doing no matter what the odds may be,” he said.

Onaiyekan said what Nigeria is passing through is similar to what is happening in many African countries, adding that it needed urgent attention.

He said that the intensity of the conflicts across Africa was frightening; adding that social injustice, economic constraints and climate change had heightened insecurity in Africa.

“Africa must begin by investing more on addressing vulnerabilities for sustainable peace. Peace is lacking in many corners of Africa.

“The responses to numerous conflicts in Africa should be tailored to the specific realities and contexts of the conflicts and the environment,” Onaiyekan said.

He congratulated the graduands for answering the call for service of peace.

Onaiyekan said the fellowship was committed to transforming hate, mistrust, and religious extremism into harmonious and lasting relationships for socially cohesive societies in Africa.

Imam Muhammad Ashafa, Co- Facilitator, COFP, said that the foundation was a symbol of peace in the society, adding that the fellowship was dedicated to addressing unity in the country.

Ashafa urged the leaders to live in one spirit to enable the younger ones emulate such spirit; adding that dialoguing with authorities at all levels would transform the society.

The Executive Director of the foundation, Rev. Sister Agatha Chikelue, said the programme was a one year programme.

Chikelue said it was subdivided into three modules, adding that it had gathered about 60 to 80 national and international stakeholders across the African continent.

She said out of 66 graduands, 13 were from other countries, adding that the goal of the programme was to build common humanity together.

Chikelue said it was also to empower leaders and actors to find their potentials.

“It is our utmost mission to use this platform in harnessing our rich diversities for peace through insightful interactions among facilitators and fellows.

“We are making every effort to bring about the desired change by initiating proactive measures that enhance social transformation and coexistence,” she said.

The U.S. Ambassador to Nigeria, Dr Mary Leonard, said dialoguing among different people was the only way to address conflicts and crises.

Mrs Joyce Nzelle, a graduand from Cameroon said she joined the programme to equip and engage in peace initiative in order to support government to attain peace in the country.

Lagos to partner private sectors on solutions to climate change