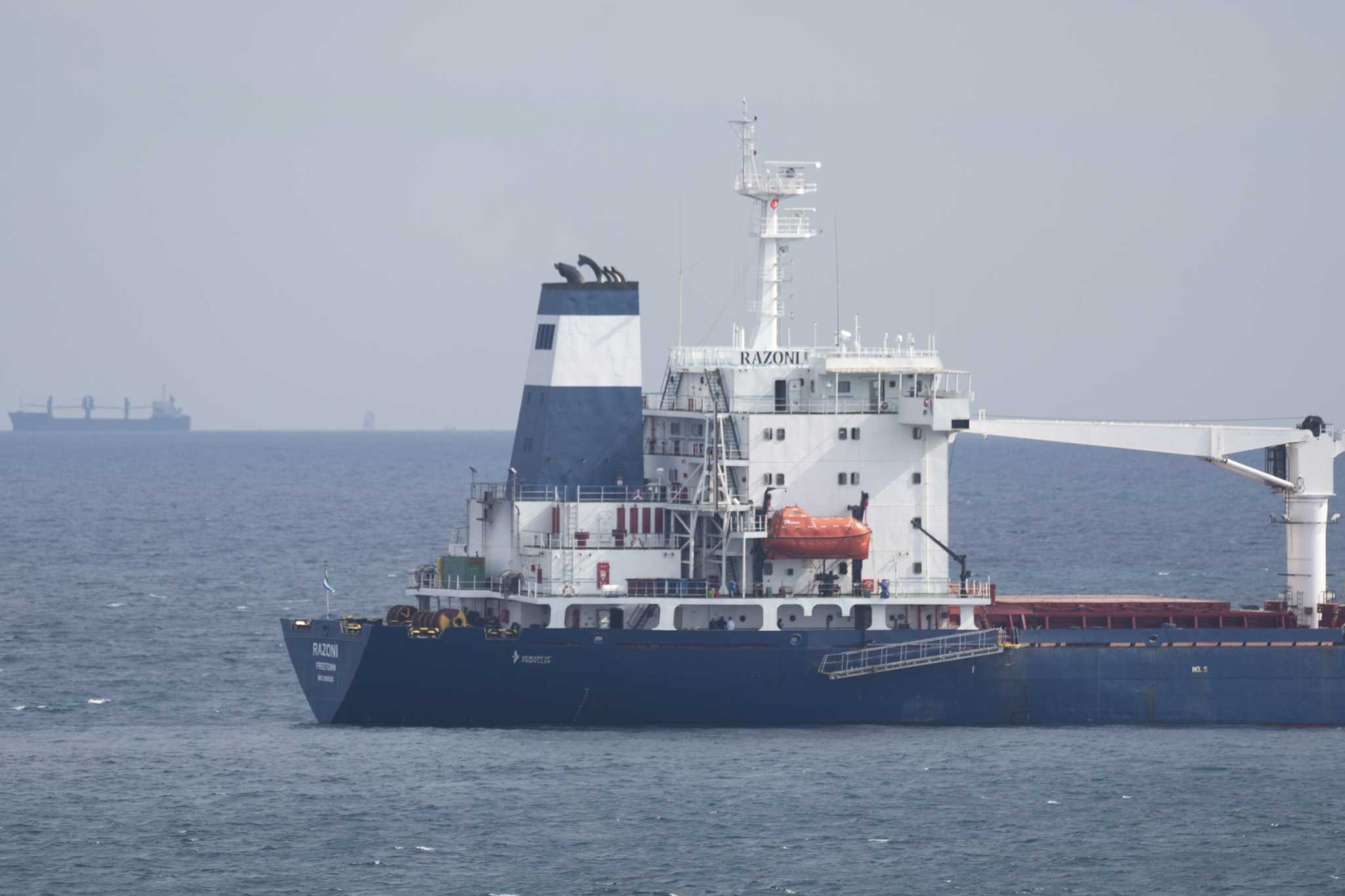 The first ship loaded with Ukrainian grain exported to world markets since Russia’s invasion in February is undergoing inspection by a joint team at the entrance of Istanbul’s Bosporus Strait.

The ministry shared on Twitter images of the inspection team boarding the vessel, docked at the Black Sea entrance of the strait.

The team was to ensure that the ship did not carry any unauthorised cargo, such as weapons.

Broadcaster CNN Türk said the inspection was expected to take around an hour.

The Razoni, which left the Ukrainian port of Odessa on Monday carrying 26,000 tonnes of corn destined for Lebanon, arrived for inspection on Tuesday night at the strait’s entrance, off Istanbul’s Sariyer district.

Once cleared, it can sail through to the Mediterranean and onward to Lebanon.

More than 20 million tons of grain from last year’s harvest were still awaiting export, according to data from Ukraine.

Food is urgently needed on the world market – especially in Asia, Africa, and the Middle East.

The UN recently warned of the biggest famine in decades.

Under a deal agreed on July 22, to lift Russia’s months-long blockade of the ports, Ukraine pledged to guide the ships through waters that have been mined.

Russia promised to not target the ships and certain port infrastructure.

The deal’s brokers the UN and Turkey said they would help safely coordinate the exports and monitor the shipments to make sure the vessels were not smuggling weapons into the war zone.

A joint coordination centre had been opened in Istanbul and staffed by the four parties.