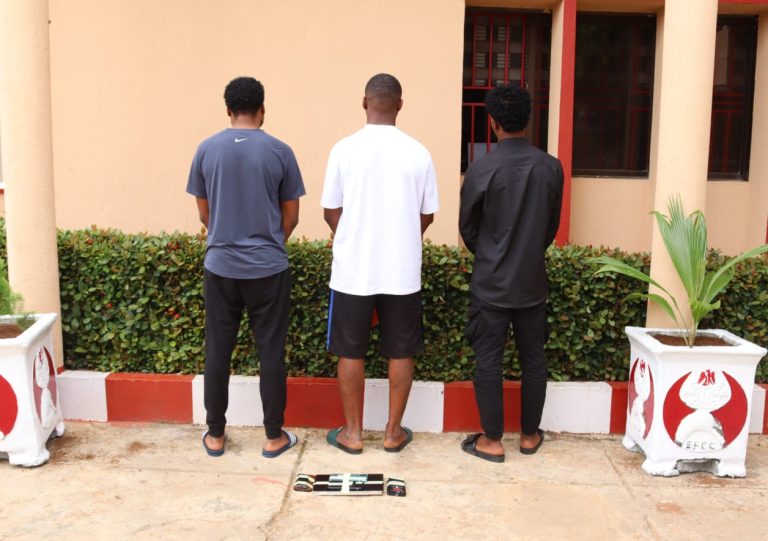 This is contained in a statement signed by the EFCC Spokesperson, Mr Wilson Uwujaren, on Monday in Ilorin.

He said that the commission found the suspects wanted following its renewed onslaught against corruption and illegal movement of cash through the nation’s airports.

He said that the suspects were arrested on Monday at the airport in Ilorin.

“Two of the suspects (Ipadeola and Badmus flew in from Lagos and landed at the Ilorin airport around 11.56 p.m. on the waiting hands of the eagle-eyed operatives of EFCC.

“The third suspect, Babatunde, was arrested on Aug. 6, following actionable intelligence,” he said.

The spokesperson said preliminary investigations about their activities showed that the suspects possessed several fraudulent documents on their devices.

He further said that upon interrogation, the suspects confessed to the crime and admitted ownership of different brands of phones and laptops recovered from them at the point of arrest.

He added that the suspects would be charged to court upon conclusion of the ongoing investigations.