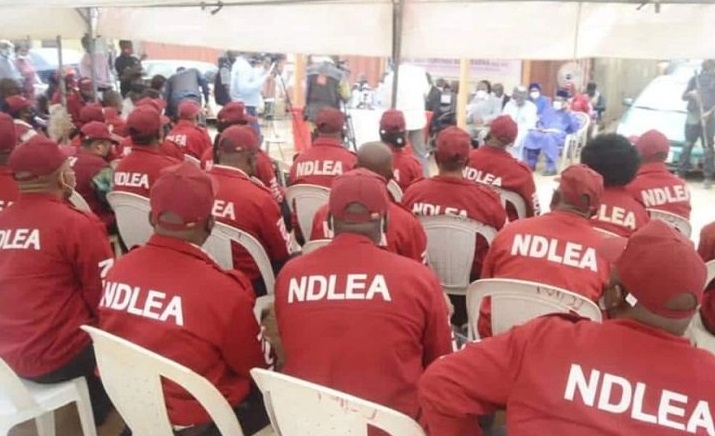 The NDLEA Commander in the state, Mr Umar Adoro told our correspondent on Wednesday in Kaduna that the operation was conducted in July.

He added that three properties belonging to suspected drug dealers were sealed within the period.

“The grand total weight of drugs seized was 4,035.075kg within the period under review,” he added.

Adoro explained that seven out of the 104 suspects arrested were females, while N873, 000 fake one thousand notes were also seized during the operation.

The NDLEA commander assured that the agency would continue to take measures to stem illicit drug consumption and trafficking in Kaduna state.

He however said that the war against illicit drug was a collective responsibility and urged the general public to provide useful information to the NDLEA to track and apprehend drug dealers and consumers in the state.