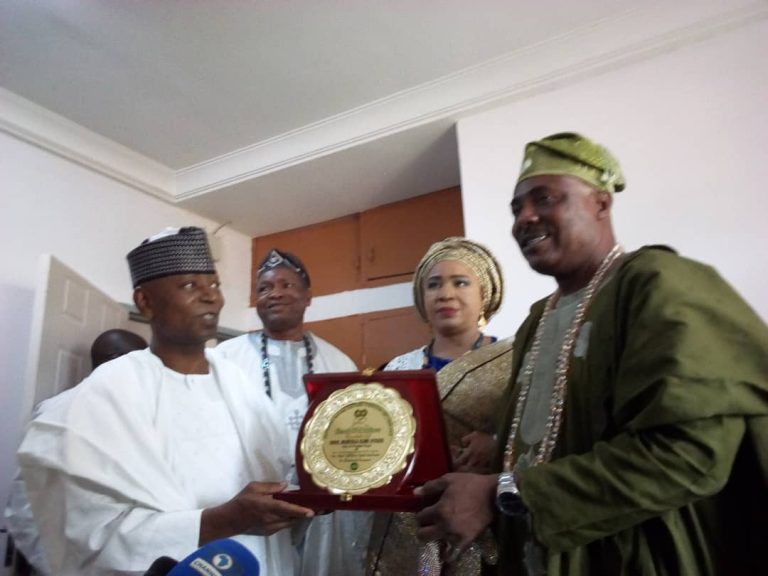 The Independent National Electoral Commission (INEC) has honoured the Kano Oba of Yoruba, Chief Muritala Alim-Otisese with an award of the Ambassador of Peace.

The state INEC Resident Electoral Commissioner (REC), Prof. Risqua Shehu, presented the award to the Oba at a ceremony in Kano on Thursday.

Shehu said the Emir was recognised for his role in promoting peace within his community.

“INEC has a policy of recognising outstanding people who make peace anywhere they are as you cannot have an election where the atmosphere is not peaceful.

“This will motivate others to emulate ways in fostering peace in their environs,” he said.

Responding, Alimi-Otisese thanked the commission for honouring him with the award.

Peace is the genesis of life, when there is peace the atmosphere will be good and everything is successful,” he said.

Alimi-Otisese urged Nigerians to ensure that their collect their Permanent Voter Cards (PVC), to exercise their franchise of electing leaders of their choice in the 2023 general election.

He also thanked Gov. Abdullahi Ganduje for being the pilot of peace in the state.