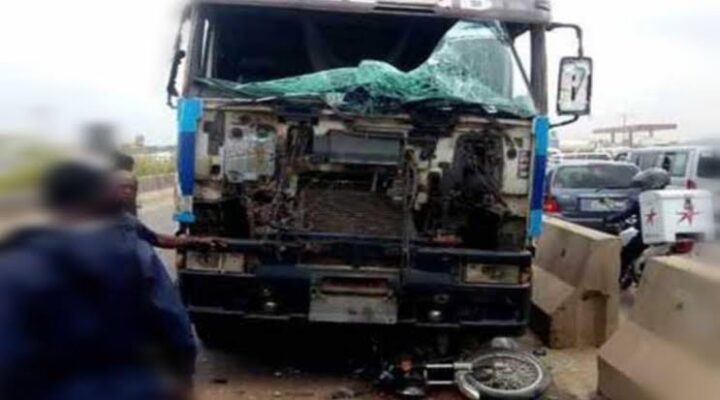 The Ogun Traffic Compliance and Enforcement Corps (TRACE) on Thursday confirmed that a truck crushed a commercial motorcyclist at Ahmmadiya, opposite NNPC, on Idiroko-Ota Expressway in the state.

The Sango-Ota Area Commander of TRACE, Mr Adekunle Ajibade, said that the accident occurred at about 8.20 a.m., resulting in the death of the motorcyclist and leaving one other injured.

“The motorcyclist lost control due to excessive speeding, hit a stationary bus parked by the roadside from the rear and fell under a moving truck, which was in motion,” he said.

Ajibade said that the corpse of the rider had been handed over to his family for burial while the injured was receiving treatment in an undisclosed hospital.

He advised motorcyclists to always use their crash helmets and desist from dangerous riding that could lead to accidents.

The TRACE boss commiserated with the family of the deceased.