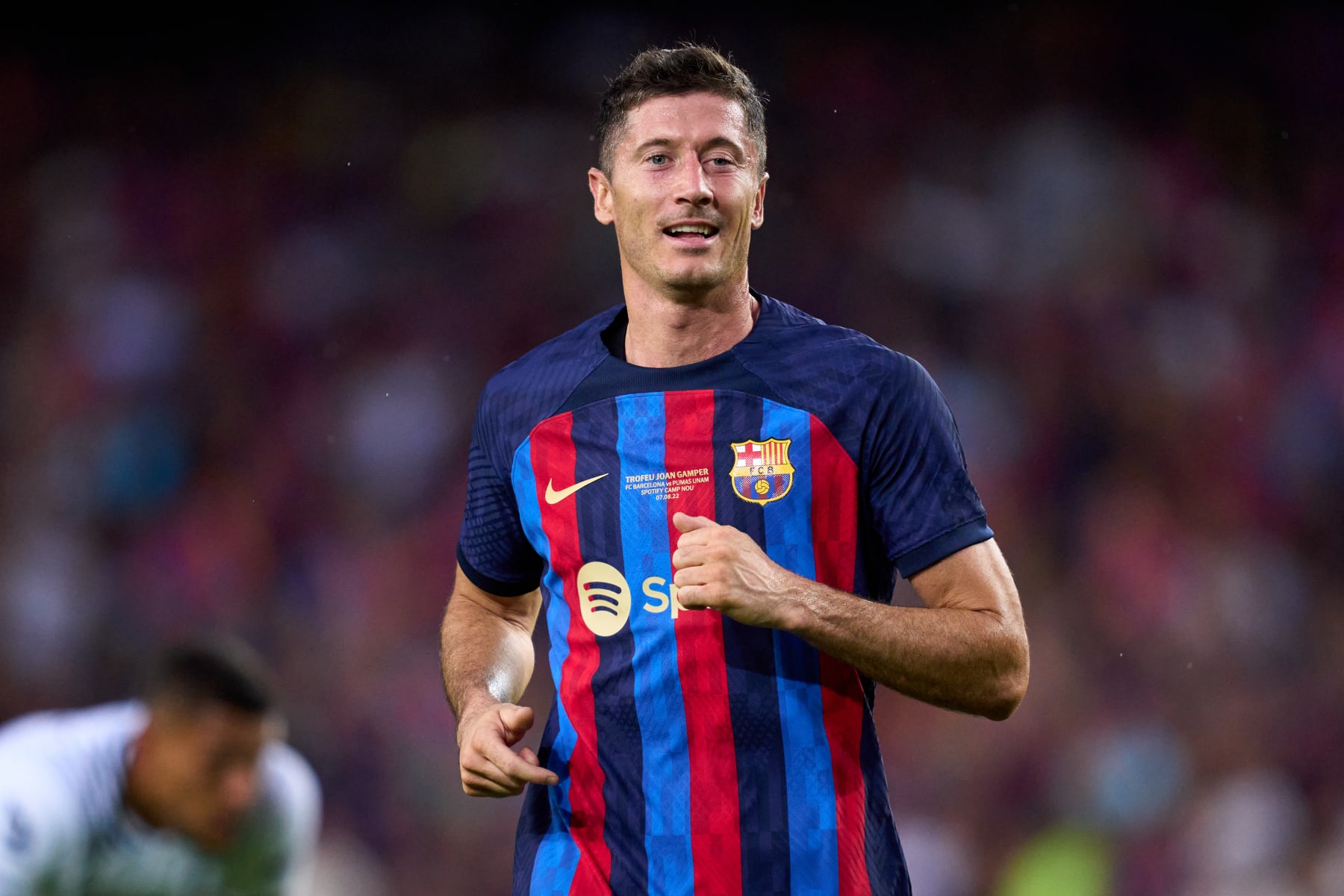 It was FC Barcelona’s second win from three games in the new season and moved them up to second in the table with seven points, two behind leaders Real Betis.

After enduring a frustrating goalless draw in their opening game of the season against lowly Rayo Vallecano, FC Barcelona enjoyed a confidence-boosting 4-1 win over Real Sociedad last week.

It was a game in which Lewandowski got off the mark for the campaign with two goals.

Against Valladolid they maintained the momentum and were finally able to deploy French defender Jules Kounde, who missed the first two games of the season.

This was as a result of FC Barcelona’s inability to register him as a player as they struggled to comply with LaLiga’s Financial Fair Play (FFP) rules.

Kounde played from the start on Sunday and had a solid showing, as Barca dominated the game and never gave Valladolid a chance.

Lewandowski and Ousmane Dembele both went close for FC Barcelona, hitting the post in the first half.

But it did not take long for them to open the scoring, as Lewandowski stroked home from close range from a perfect Raphinha cross to the far post in the 24th minute.

FC Barcelona extended their lead right before halftime through Pedri, who riffled a curling strike into the top-left corner after a nice pass by Dembele from the right touchline.

Lewandowski scored FC Barcelona’s third in the 65th minute, with a brilliant back-heel that deflected off a defender before beating goalkeeper Jordi Masip.

The Poland striker had a golden opportunity to complete a hat-trick in added time, but Masip made a great stop to keep out his close range shot.

Substitute Sergi Roberto, however, was in the right place at the right time to strike home the rebound and wrap up the points.

“It was a complete game but far from perfect,” FC Barcelona coach Xavi Hernandez told reporters.

“We gave them too many chances at the end, you just can’t afford to relax in this game.

“Even going 3-0 we have to keep pushing but we’re happy. I can’t demand more effort from them than they have done.”