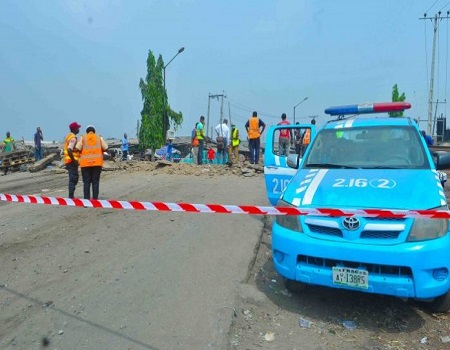 The Federal Road Safety Corps (FRSC) says one soldier died on Monday in a lone-accident at Kaduna Road, Suleja Junction in SulejaLocal Government Area of Niger.

Mr Kumar Tsukwam, the state Sector Commander, told our reporter in Minna on Monday that the accident occurred on Monday at about 10.38 a.m.

He explained that the victim was identified as Emeka Pascal Ayogu on pass from Maiduguri to Enugu State.

The sector commander said that side of the truck hit the victim, who fell under the truck and the back tyres crushed him to death.

He explained that the driver of the truck stopped, ran away and reported himself to the police station.

He said that a bag containing N1,300, one cellular phone, one wrist watch, one power bank, necklace and set of army uniform were recovered.

He said that the victim was taken to Suleja General hospital mortuary.

He advised motorists to exercise caution and adhere strictly to speed limits to avoid accidents.

The road safety boss said that the corps would continue to monitor road users to guard against dangerous driving.

Only PSC has constitutional power to recruit for Nigeria Police – Commissioner