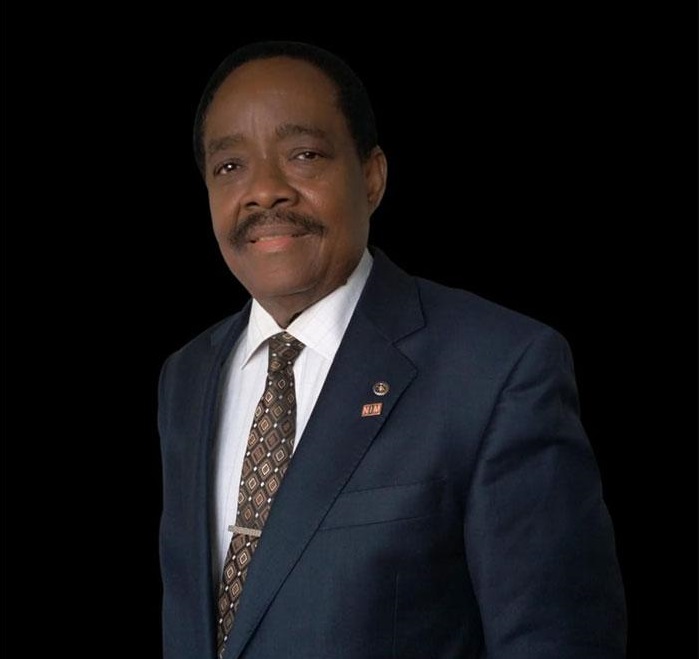 Nigeria’s digital economy has continued to play a very critical role in building resilience against disruptions from risks, pandemics, and natural disasters.

Dr. Olawale Cole, the President, Lagos Chamber of Commerce and Industries (LCCI), said this at the eight edition of the yearly Information Communication Technology and Telecommunication (ICTEL) EXPO on Wednesday in Lagos.

The theme of the EXPO is: “Ensuring Efficient Digital Infrastructure in Nigeria”.

It was reported that the EXPO was organised by the Trade Promotion Board of the Lagos Chamber of Commerce and Industries.

Cole said that the EXPO created a platform for key players and stakeholders in the Nigerian ICTEL industry to share perspectives on emerging issues and trends in the digital economy.

According to him, the theme suggests that this year, the ICTEL EXPO will not end at the close of the event tomorrow.

“We are determined this year to follow the theme through and ensure follow up initiatives that would make the communiqué from our robust interaction at this event a working manual for relevant stakeholders,” Cole said.

The president said that by means of innovation, the ICT sector or the digital economy powers many sectors today, driving competitiveness, cost-efficiency, and resilience in supply chains.

He said that innovative disruptions are emerging in agric-tech, health-tech, edu-tech, and e-government among others.

Cole said that the digital economy had become more relevant in many spheres of our lives.

“With sound regulations, policies and governance, the digital economy can create new possibilities and economic opportunities for businesses and investors.

“Governments and organisations must leverage technology for innovation, competitiveness, and resilience in the face of risks and uncertainties.

“As an advocacy pressure group and a lead promoter of Small and Medium Enterprises (SMEs), we appreciate the significance of this sector to business growth and sustainability.

“And we are ready to lend necessary support to the actualisation of the goals set out by the government to build and sustain a robust and supportive digital economy.

“We have assembled together eminent speakers whom we are confident will do justice to various issues as they reflect on the theme of this great event and the expectations of all of us,” Cole said.

According to him, the digital economy is evolving and impacting more areas of life and business because of its multifaceted and dynamic nature and due to the transformational power of digital technologies.

He said that the digital economy or the internet economy enables and supports various businesses, social and government activities through electronic commerce, lifestyle apps, and e-government platforms, respectively.

He said that the digital economy was considered the single most important driver of innovation, competitiveness, and growth.

“The digital economy has continued to play a very critical role in building resilience against disruptions from risks, pandemics, and natural disasters.

“The ICT sector, for instance, remains one of the most resilient sectors that thrive even in economic recessions and disruptions,” Cole said.

He said that the Federal Government had announced a target of 40 billion dollars private capital investment in digital infrastructure by 2025, besides facilitating about one billion dollars in private equity.

“And just last week, the Federal Government inaugurated the National Council on Infrastructure, with a plan of doubling Nigeria’s infrastructure stock of the Gross Domestic Product (GDP) from the prevailing 35 per cent to about 70 per cent,” Cole said.

The president of the chamber said that the issue had always not been with good initiatives, but in their implementation.

“That remains a big concern to us as a Chamber, hence the desire to make a difference with the 2022 ICTEL EXPO,” Cole said.

He said that data from the National Bureau of Statistics (NBS) showed that the ICT sector in the second quarter of 2022 recorded a growth rate of 6.55 per cent in real terms, year-on-year.

He said that the figure was higher by 0.99 per cent over the corresponding quarter of 2021.

“Quarter-on-Quarter, the sector exhibited a growth of 13.41 per cent in real terms.

“Of total real GDP, the sector contributed 18.44 per cent in Q2 of 2022, higher than in the same quarter of the previous year.

“The non-oil sector was driven in the second quarter of 2022 mainly by Information and Communication (Telecommunication); Trade; Financial and Insurance (Financial Institutions) among others,” Cole said.

He expressed gratitude to sponsors, partners and speakers for identifying with the chamber at the 2022 ICTEL EXPO.