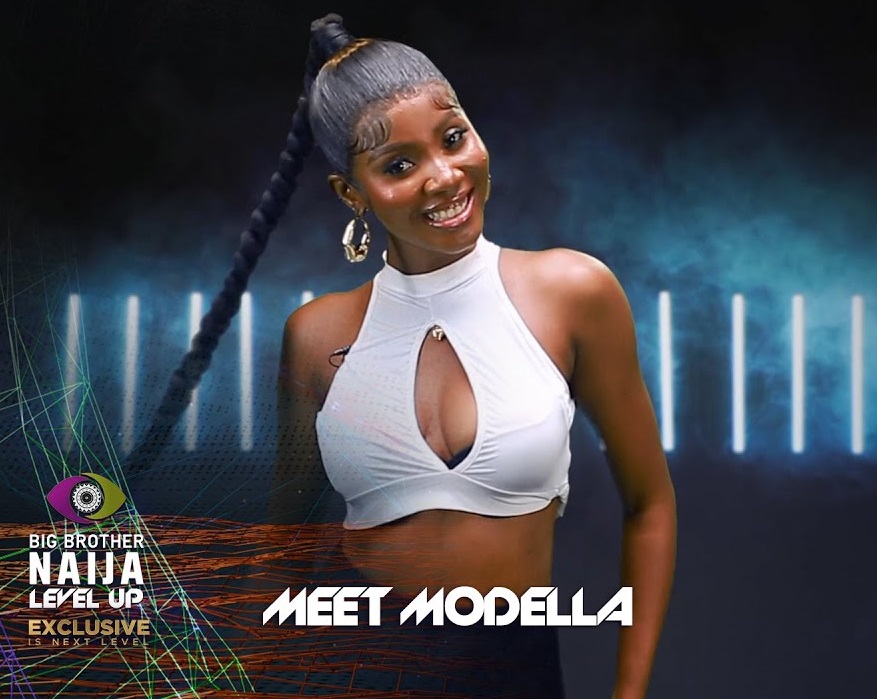 Esther Abimbola, popularly known as “Modella”, ex-housemate of the television reality show, Big Brother Naija, on Thursday said she was convinced that she delivered on her promise to her fans in the course of the show.

Modella, who joined two weeks into the show as a fake housemate was evicted on Aug. 28.

In a zoom media chat, Modella said she was sure she delivered good vibes and energy on the show and never disappointed her fans.

She also said she did justice to her role as a fake housemate.

“Coming into the show, I promised bringing in good vibes and energy which I did to the best of my ability.

“Going into the show, I had no idea of what to do, I went in like every other person there, on the scale of 10, I will rate myself 10, I did justice to my task as a fake housemate,” she said.

According to Modella, her eviction was not shocking as she knew she was leaving that night having shared all her “pocket naira”.

“I knew I was going to leave, it didn’t come as a shock for me, I already shared my money, it is a win-win situation for all. I am happy, I was able to sell myself in a short while.

“I have not had any sad moment since my eviction, it is okay for me, I am enjoying myself,” she said.

Commenting on her “situationship” with fellow housemate, Bryan, she said, “I love our friendship and I only wanted to maintain that in the house, I like him as a friend but he wanted more.”

According to Modella, she is ready to welcome any business that comes her way as a fashion designer, film maker, actor, model and skin care expert.