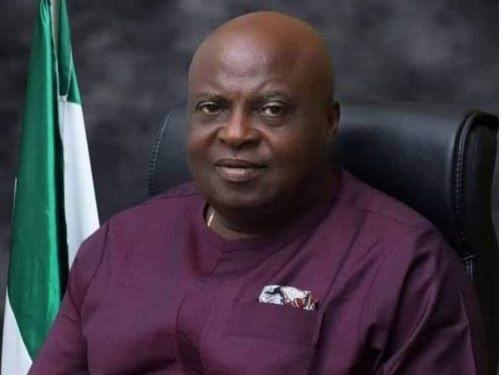 Mr Ralph Nwosu, African Democratic Congress (ADC) National Chairman says those trying to destroy the party through blackmail will not succeed because it is built by God.

He said this on Monday in Abuja while presenting certificates of return to the party’s Senatoral, House of Representatives and State Houses of Assembly candidates at its national secretariat.

He explained that some of those trying to bring down the party through blackmail and negative publicity, joined it on the last day of substitution of names, including its Vice-Presidential candidate.

“They came in less than two months ago, and they are the people shouting to the high heavens.

He said though the party’s presidential primary election ended over three months ago, Mr Dumebi Kachikwu, its suspended 2023 presidential candidate was yet to have any campaign structure on ground, not even a bill board.

“From June 8 when we had our presidential primary, our suspended presidential candidate doesn’t have a campaign office, and there is no vehicle marked Dumebi Kachikwu for president in Nigeria.

“He has no poster any where, it was only recently that they came here to more or less take money from the national leadership and started doing some funny looking bill boards,” Nwosu said.

The ADC national chairman said it was regrettable that while most of the party’s candidates at different levels now had posters, flyers, manifestos and strategic path ways, Kachikwu was yet to hit the ground running.

He said those that thought the party’s national chairman and its national secretary were its problem, should go and ask Kachikwu of his manifesto.
Nwosu added that while it was very easy to destroy, no one could destroy that which God had made.

He, however, said that the story between Kachikwu and the party’s leadership would be told to Nigerians at the appropriate time.

Nwosu maintained that in spite of the blackmail from the ADC suspended presidential candidate, it remained the greatest brand, the most democratic and transparent political party in the country.

He added that the party’s leadership had never collected money or arm-twisted any of those that emerged as its candidates for 2023 polls.

“It is unfortunate that a presidential candidate who cannot print flyers and posters is going around painting everyone black, this is however not the time to engage him.

“But, I want to inform you that for the defamation of my character, I have told my lawyers to take that up, and I will take it to any level.

“We are having some challenges, but I can tell you now that it is better to deal with the monster now, than to wait one or two months to 2023
General Elections,” Nwosu said.

He further added that the last thing the party’s leadership would do, was to exchange words with its suspended presidential candidate in public.
This, he said, should be left to the members of the party who were its original owners.

According to him, the party has 107 Senatorial candidates and 354 House of Representatives candidates, among other candidates.